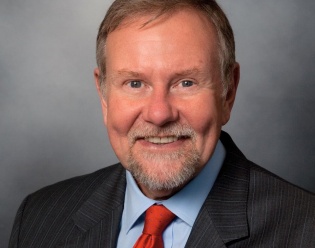 Raymond J. Baxter, Ph.D., most recently served as president and CEO of Blue Shield of California Foundation, leading its mission to make California the healthiest state with the lowest rate of domestic violence, by addressing the root causes of ill health and inequity. For 15 years, Baxter was Kaiser Permanente’s senior vice president for community benefit, research and health policy. There he built the largest community benefit program in the U.S., investing over $2 billion annually in community health. He led Kaiser Permanente’s signature national health improvement partnerships, including the Weight of the Nation, the Convergence Partnership and the Partnership for a Healthier America. He established Kaiser Permanente’s Center for Effectiveness and Safety Research and its national genomics research bank, served as President of KP International and chaired Kaiser Permanente’s field-leading environmental stewardship work. He was a founding sponsor of the KP School of Medicine.

Previously he headed the San Francisco Department of Public Health, the New York City Health and Hospitals Corporation, and The Lewin Group. Dr. Baxter holds a doctorate from Princeton University. In 2001 the University of California, Berkeley, School of Public Health honored him as a Public Health Hero for his service in the AIDS epidemic in San Francisco. In 2006 he received the CDC Foundation Hero Award for addressing the health consequences of Hurricane Katrina in the Gulf Coast.  In 2016, the San Francisco Business Times recognized his philanthropic contributions with its first Legacy Award.

He currently serves on the advisory board of the UC Berkeley School of Public Health and the boards of the CDC Foundation and the Blue Shield of California Foundation. He served terms on the Global Agenda Council on Health of the World Economic Forum, and the Institute of Medicine's Roundtable on Population Health Improvement.