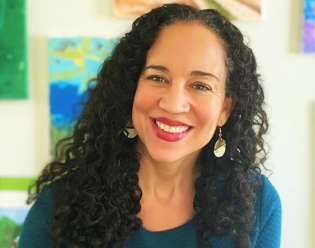 Ana Jackson, Ph.D. (she/her) is chief evaluation and data strategy director at Blue Shield of California Foundation. An accomplished leader with a strong focus on health equity, she leads the design and implementation of a system to evaluate and measure the impact and influence of the Foundation’s $33 million grantmaking programs. The resulting insights will help the Foundation achieve its bold goals and mission by ensuring that leadership, grantees, and stakeholders have the data required for systems change.

Before joining the Foundation, Jackson spent 11 years at the Center for Evaluation and Analytics at the Kaiser Permanente Care Management Institute. As director of evaluation, she led comprehensive program evaluations, applying a broad range of qualitative and quantitative methods. Her team was essential to continuous improvement efforts for Kaiser Permanente’s 12 million members.

Ana has taught courses at University of California, Berkeley and San Francisco State University and held research positions spanning the areas of education, public policy, and health care.  She was the founding director of the YWCA Racial Justice Program at UC Berkeley, where she established an anti-racism seminar, developed a curriculum for teens to teach anti-racism to younger students, and established several initiatives to combat systemic racism. She also led tobacco prevention and control efforts with the city of Berkeley and UC Berkeley and later became the lead evaluator for the city of Berkeley's tobacco prevention and control program.

Her community service has included coaching and leading youth recreation, leading youth mentorship programs, and teaching evaluation methods to youth of color. She was the former chair of the Alameda County Public Health Commission and a board member at the West Berkeley Foundation, and she received a Koshland Civic Leadership Award from the San Francisco Foundation. Ana currently serves as president of the board at Stiles Hall.

Jackson holds a bachelor's degree in social welfare and a Ph.D./Master of Public Policy from UC Berkeley.