From Active Duty to Civilian Life: Easing the Transition 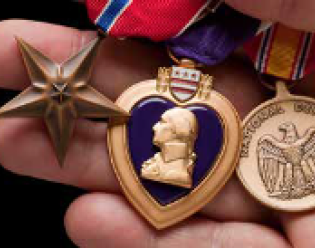 Imagine being a military veteran who has spent the better part of the last decade in Iraq and Afghanistan.  And suddenly, the world you have known completely changes. Your service has just ended, and you are heading home to re-enter civilian life. You have just stepped off the plane at Los Angeles International Airport. Do you have a place to live? What are you going to do for a living? How are you going to find a job? What about college? Where do you go from here?

These are the challenges that veterans like National Guard veteran Loreto Bagio are faced with every day when returning home. After three years of service, Bagio settled in Los Angeles and started looking for a job but wasn’t finding a good fit. He wasn’t sure where to look and who to call for help.

One day, he got a call from the Salvation Army Haven veterans’ employment services where he was assigned a case manager, who took down his information and worked closely with him to help him find the best job suited to his skills, interests, and financial need. Thanks to the Salvation Army, Bagio eventually landed a job as a maintenance mechanic at a medical center that perfectly matched his skills and with better benefits than anything he was finding himself.

“I think out of the many jobs that I’ve had, this one’s the best,” said Bagio, who supports a family of four. “I'm kind of indebted to Salvation Army, you know, for helping me out with this opportunity that I got.”

Each year approximately 12,000 service members like Bagio settle in Los Angeles County, joining the more than 325,000 veterans that already live there – many of whom face struggles in the transition to civilian life. Returning veterans need help accessing services such as healthcare, starting careers, continuing their education, finding a home and more. There are hundreds of organizations dedicated to providing this support yet too many veterans are getting lost in the shuffle and not getting connected to the help they need, experts said.

“The problem comes from no concerted or coordinated effort from either a national or local level and really underestimating the needs of veteran families when they get out of the military into the community,” said Nathan Graeser of the USC Center for Innovation and Research on Veterans & Military Families (CIR). “These are people who have done incredible things, written Iraqi constitutions, and we kept sending them home with very little support.”

Graeser is the Community Program Administrator for the Los Angeles Veterans Collaborative (LAVC), a network of public, private and government agencies that work together and share knowledge to improve the lives of veterans and military families in Los Angeles County. What started off as a meeting with fewer than 50 people in attendance four years ago has now grown to a community of over 600 service providers across the county. The collaborative is organized into working groups that are focused on addressing issues including behavioral health, career advancement, faith, families and children, higher education, housing and homelessness, legal and re-entry into society from incarceration and women veterans. LAVC is supported by a $200,000 grant over a year from Blue Shield of California Foundation along with other local and national funders.

“When we first got started, every service provider we talked to told us that they were looking for veterans and every veteran we talked to said, ‘I don’t know how to get help, but I need it,” said Graeser. The LAVC builds the bridges that connect veterans to the services they need.

When LAVC first formed in 2012, they wanted to understand the most pressing needs facing veterans. Unfortunately, very little data existed. In response, the USC Center for Innovation and Research on Veterans & Military Families surveyed 1,850 veterans in Los Angeles County to collect valuable information about transitioning out of the military, employment, finances, housing, health, which services they use and which services they still need.

The results from the Los Angeles County Veterans Study provided LAVC with a roadmap on where to focus their efforts.  One of the primary findings: over 60 percent of veterans didn’t know where or how to get help of any kind. Eight out of 10 didn’t have a job and six out of 10 didn’t have a place to live. “The majority of veterans were getting out with little to no plan,” said Graeser.

Based on the survey findings, it was clear that veterans needed a starting point on where to turn for help and support. Thus, the Text2Vet program was born.

“Before veterans would call us and then we would try to match them up based on their needs, but what became increasingly evident was that there was a lot of disconnection between providers,” said Maribel Marin, Executive Director of 211 LA County, which administers the program. “We would send someone one place, but then they'd have to come back and get another referral because it wasn’t the appropriate referral. They needed something that they could access quickly and that also provided a case manager or facilitated agencies talking to each other.”

Text2Vet is a 24-hour a day service that connects those veterans seeking help to peers they can relate to and who are trained to refer them to the appropriate agency. The ability to text instead of calling allows for quicker response times. Last year alone, 225 veterans connected to peer veteran operators through the Text2Vet pilot program.

Marin attributes the inspiration behind Text2Vet to her participation in the LAVC, where she learned the importance of using peer navigators that are trained to assist to support fellow veterans find the right service.

In addition to meeting veterans’ social service needs, finding a job for returning veterans can be a powerful stabilizing force in their transition.

“Probably the biggest challenge for a returning veteran, especially somebody who's returned fairly recently and didn't have much civilian work experience before, is trying to find a job where the way you speak and the processes that you used to advance your military career previously are completely different from the civilian world,” said Lisa Anderson, who manages the veteran’s employment services program at Salvation Army Haven. “It's really like going to another culture.”

There are several organizations whose mission it is to help veterans find work, but before the LAVC, they were often at odds with each other and competing for a limited pool of grant dollars. “It just seemed like everybody was so siloed. Every organization viewed every other organization as competition,” said Anderson.

To remedy these issues, LAVC launched a “career advancement working group” to facilitate coordination, and to help build better working relationships between them. Through this working group, the once compartmentalized organizations developed critical partnerships.

The collaborative approach seems to be working. Job placements have higher salaries and the types of jobs are more career-oriented. The average hourly wage of their job placements rose 57 percent to $16.60 in 2016 from $10.55 per hour in 2010 (before LAVC), according to the Salvation Army Haven.

Anderson hopes to help many more veterans like Bagio (who landed the medical center job) find work. The number of veterans Salvation Army Haven has served rose to 450 veterans from 125 veterans over a three-year period. Other organizations such as Shelter Partnership, which addresses the causes of homelessness in Los Angeles County, have said participating in the Los Angeles Veterans Collaborative has made them better equipped to support veterans.

It’s a simple idea but it hadn’t been done. “It's a great example of what happens when… they start formalizing their [work] together,” said Graeser, “…all we did was formalize sharing.

And with success comes growth. “Now we have hundreds of partner…this is probably the best thing possible — it's not CIR’s anymore, we're just the facilitators. We're just trying to bring resources to people.”