Skip to main content
A message to our friends and partners about COVID-19. Learn more →

Beyond the Uniform: San Diego Program Helps Veterans Adjust to Life After the Military 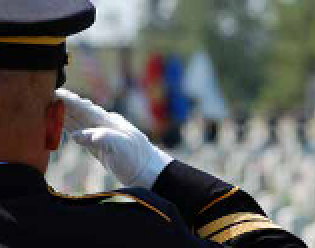 Tom Williams’ five-year naval career took him around the world -- from Djibouti, Horn of Africa to Aqaba, Jordan. After conducting funeral services for veterans at Arlington National Cemetery in Washington D.C. with the Navy Ceremonial Guard during his first three years of service, Williams studied to become an information technician (I.T.) specialist for the Navy and settled in San Diego, California.

When time came for Williams to leave the Navy, however, he wasn’t sure he would be able to transfer his I.T. skills into a career in the civilian world.

“Just stepping out of the military, I felt woefully under-qualified compared to people my age,” said Williams, 30. “Just because I’ve been in a very, very pigeon-holed, specific part of the world. “

Williams’ anxiety around adjusting to civilian life is not uncommon. More than a quarter of veterans have difficulty re-entering civilian life, according to a 2011 Pew Research poll of 1,853 veterans.  That number balloons to 44 percent among veterans who served in the years since the September 11, 2001 terrorist attacks.

The military provides a mandatory five-day course to service members towards the end of their service as a way to ease their transition out of military life. The class shares information about post-military benefits, certification and training, program resources, financial planning and job search techniques.

However, all of that information disseminated in such a short time frame can be hard to digest.

It was during that five-day course that Williams learned about a San Diego-based non-profit called, zero8hundred. The organization, supported by the Blue Shield of California Foundation, helps transitioning service members and their families by connecting them to employment and social services. The goal is to help them successfully transition to civilian life in San Diego. Zero8hundred’s name comes from the daily ritual of raising the flag at 0800 hours (8:00 am). The ritual signifies the start of a new day and a new beginning.

San Diego is home to the largest concentration of military in the nation and has the third highest population of military veterans in the United States after Los Angeles and Maricopa, Arizona. Additionally, more than 20,000 service members stationed in San Diego transition to civilian life each year.

Launched on Naval Base San Diego in January 2015, zero8hundred takes part in the military’s mandatory exit courses where its staff introduce the program and its offerings to service members. Once service members sign up for the program, they are connected to a “peer navigator” who follows up with a phone call the next week.  The navigators then assess the veteran’s priority needs. What makes zero8hundred’s model unique is that they offer support to military families up to nine months prior to leaving the military through the 12 months following their discharge.

“Depending on the need, our job is to know [which] programs are around in the county that are the best ones for [the veteran],” said Becky Sanford, who oversees the peer navigators at zero8hundred. “That helps narrow down that field significantly for [the veterans], and it helps get that off [their] plate.”

For Tom Williams, the I.T. specialist, one of his major concerns upon leaving the Navy was obtaining the credentials needed to work in the private sector. Within weeks of meeting with zero8hundred staff, however, Williams was connected to someone who helped him pay and prepare for his accreditation exam. He got his credentials and a little over a month after that first meeting, Williams was hired as a systems administrator at a private I.T. outsourcing company that provides technical support to the government.

“I mean, could I have done it all on my own? Maybe. But honestly, I was juggling so much and so much stress…, the fact that I had someone who was like, ‘So, I got you. I’m going to get these resources organized and available to you online. All [you’ve] got to do is show up here and take these tests, study this material and you’re good.’ That let me sleep at night,” said Williams.

The trust built and relationship forged between veteran and navigator is one of the keys to zero8hundred’s success, according to Sean Mahoney, zero8hundred’s executive director.

Kinship and a shared experience proved valuable in establishing trust between recent veteran Craig Rosario and his navigator, Jorge Avalos. After serving 23 years in the Navy as a hospital corpsman, Rosario faced an unwelcome retirement at age 42. Due to a term limit on his position, Rosario found himself preparing for a life without the structure and community the Navy provided for him. His biggest concern amid leaving the Navy was reintegrating into society.

“The encouragement from Jorge, the frequent phone calls, just checking up on me saying, ‘Where are you at? What are you doing? What do you need? How’s life going?’ Just even that was huge,” said Rosario. “It was just very encouraging to know that if things weren’t going right, just catching up and talking with Jorge about what I had going on was very helpful to me.”

With a $270,000 grant from Blue Shield of California Foundation, zero8hundred launched on six military bases countywide in its first 15 months. During this time, zero8hundred has helped more than 1,000 veterans transition out of the military. The organization’s goal was to get 300 people to sign up for the program in the first two years – they’ve already exceeded that goal by 164 percent.

“It was really a goal to reduce stress in the beginning of transition, to set these people up for success for the rest of their lives,” said Mahoney, “Some of the things you see with veterans where there might be veteran homelessness or the behavioral issues and things like that, if they can be prevented right in the beginning, it’s probably the best approach.”