Providing Our Veterans Strength at Home 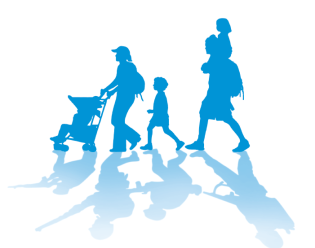 Lee* served in the U.S. Air Force Security Forces for 18 years with stints in Iraq and Afghanistan. During that time, he lived and survived through dangerous combat conditions. He persevered in a world where most civilians would have failed. Yet, nothing in his military training prepared him for what he found when he returned home.

“While you're deployed you have a very business-like relationship with pretty much everybody, and while there's a lot of camaraderie, there's not the same level of interpersonal dialogue that you have at home,” said the 44-year-old Lee. “Not having anyone understand what I had done and what I had experienced — in my family and in my close friends — that kind of created an environment in which I was reluctant to share.” Without any friends or families who could understand and relate to Lee’s military experience, he felt increasingly isolated and alone. After many years of suffering, it led to a breaking point – he abused his partner.

Lee understood that he had a problem, and was court-ordered to get help from the U.S. Department of Veterans Affairs’ Strength at Home program. Strength at Home helps veterans address mental health issues through peer support. It does this by providing a safe space where veterans can feel at ease sharing their experiences with each other, moderated by a therapist who is either a veteran or had someone in the family who was a veteran.

According to Dr. Jim Haskell, one of the lead therapists at Strength at Home, veterans who have been perpetrators of domestic violence have trouble expressing their feelings because they’re afraid of losing control and hurting their loved ones: “So what we see in the majority of veterans is a pattern of them actually being overly passive in their relationships, thereby allowing things to build up until it reaches a boiling point. And then when they do finally express their feelings, they lose their control, something happens and somebody calls the police.”

Strength at Home brings together veterans to express those repressed emotions to a group of fellow veterans, who can relate to them. “Because it’s in a group with their peers, we develop a safe place where they feel comfortable sharing somewhat intimate details about their relationships and can begin to process this experience as it relates to their Post-Traumatic Stress Disorder (PTSD) or combat experience,” said Dr. Haskell.

The men and women who serve in the armed forces face unique challenges when returning to civilian life — many of which are not visible to the untrained eye. As with the case of Lee, one of the biggest challenges is often relationships. For veterans, the people they love and are closest to often cannot relate to their experiences as a service member. This causes problems at home — according to Haskell, one out of three combat veterans with PTSD have engaged in some form of intimate violence, verbal or physical, upon their return.

Strength at Home equips veterans with tools they can use to cope with different situations that may trigger stress or negative reactions based on their past trauma. These techniques include meditation exercises or even something as simple as taking a timeout. Many of these techniques involve their partners.

To do this, a small group of five to eight veterans led by therapists meets once a week for two hours over the course of a 12-week program.

There are two distinguishing aspects of Strength at Home program in comparison to other programs that are vital to its success. The first is having a moderator who understands veteran-specific experiences and can draw people out gently. For Lee’s group in Baltimore, that person was Dr. Haskell. While he never served in the military, Dr. Haskell grew up around it — his dad served 28 years. “I know what combat does to a family and I’ve lived through that,” he said.

The other factor is taking a broader approach in examining the veterans’ history. “We consider patients’ trauma histories, problems they may have had as a result of trauma — whether it's combat-related or not — and how that impacts their view of the world and possible issues with power, control, self-esteem, trust and safety,” said Casey Taft, Principal Investigator for Strength at Home and a psychologist at the Boston University School of Medicine. “We delve into all these areas and allow the veterans to tell their stories; that often opens them up to taking more responsibility for abusive behavior, which paves the way for behavior change.”

Perhaps the program’s broad approach to trauma and tools that can be used in various situations led 46-year-old U.S. Army veteran Louie to voluntarily participate (many Strength at Home participants are court-ordered or referred). Louie was diagnosed with PTSD after returning from Afghanistan, and his first marriage fell apart soon after that. He also has a history of verbal abuse with a partner. When he first heard about the program, he turned to his current wife and said, “This sounds like something that could help us — not for me, us.”

“I used to be very angry in the street, I used to be very jumpy and I still have issues with trust — I think most of us do — but now I've become more in control of my own reactions,” he said.

Case in point: On the way to a recent group session, Louie got into a car accident and was able to use the techniques he’s learned to de-escalate the situation and calm the other driver down involved in the accident.

“He was very upset and that’s very contagious, so I had to step away, apply what I’ve learned, count down to myself. I came back with open arms to apologize to him even though it wasn’t my fault and asked if he was okay. He immediately came down to my level and we started talking,” said Louie. “It works like a charm.”

In late 2015 and early 2016, Strength at Home pilot programs launched at 10 Veteran Affairs (VA) hospitals around the country. Anecdotal evidence from veterans such as Lee and Louie and their partners show the program has helped reduce and prevent domestic violence among veterans.

The Strength at Home program is supported by a $180,000 grant from Blue Shield of California Foundation. “This is really what we envisioned when we first conceived the idea: to have these model programs that would be implemented across the VA system,” says Dr. Taft.

Like Louie, Lee has also been able to manage his bouts of anger better since attending the sessions. “What I appreciated most was how the program had tools and techniques for addressing different situations that took into account our military culture and training,” said Lee. “For instance: When we're shocked or scared in the field, we react with violence, but taking that same approach to a disagreement at work or with a loved one doesn't work.”

At the end of the day, it’s the camaraderie that makes a difference. “Because we serve together, we recover together; it’s kind of cliché, but it’s true,” said Louie.

*Pseudonyms have been used to protect the privacy of the veterans in this story.