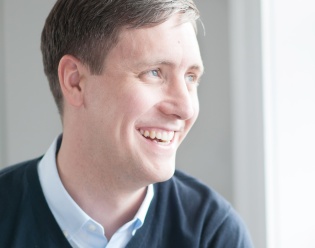 Richard Vezina (he/him) is a senior program officer at Blue Shield of California Foundation, leading the Foundation's work to align systems with community priorities in order to make California the healthiest state and end domestic violence.

Prior to joining Blue Shield of California Foundation, Richard was a vice president at Harder+Company Community Research, where he led evaluation and strategy engagements for foundations, nonprofits, and public agencies. In that role, he also led the firm’s business development and communications efforts. Earlier, he worked in wide range of roles in the health field at organizations such as amfAR, the UCSF Center for AIDS Prevention Studies, Planned Parenthood, and Greater Philadelphia Health Action.

He holds a bachelor’s degree from Swarthmore College and an MPH in health and social behavior from the University of California, Berkeley. He lives in San Francisco with his husband and daughter.