The Cultural Context: How changing attitudes about gender can help break the cycle of violence 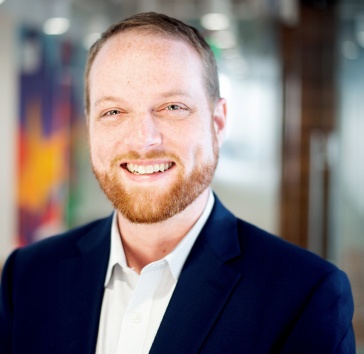 Returning from a flight a few weeks ago, I climbed into a rideshare at San Francisco International Airport. At the end of a long day, I was eager to get home. The driver, a man a few years older than me, greeted me, grabbed my bag, and invited me to say hello to his adorable dog in the passenger seat. We were on our way.

We shared polite small talk. How was my flight? How long had I lived in the Bay Area? What did I do for work? I told him about the event I was returning from, where I’d been interviewing community leaders working to find new solutions to prevent domestic violence.

“If you want to prevent domestic violence,” he said, flashing a derisive grin at me through his rear-view mirror, “tell women not to talk so much.”

What in the world would make this man feel comfortable saying this, especially to a total stranger? Could it be something about me? He knew next to nothing about me: my age, my race, where I live, what I do. It didn't add up. Then I realized that there was something else he knew about me – my gender.

Anyone working to end gender-based violence can see that the way we talk about (and think about) gender helps create a cultural context in which violence persists. Still, interactions like this one are hard to believe. In isolation, attitudes like those the driver expressed can lead to a super awkward drive home from the airport. Collectively, however, they help to reinforce a set of behaviors and beliefs that underpins a culture that tolerates violence against women.

The Foundation is beginning to explore the connections between domestic violence and how our society thinks, talks, and behaves regarding gender. We don’t have all the answers. This is a new space for us, and we’re discovering new ways to counteract some of the harmful ideas out there. We’re confident that this is a critically important step toward breaking the cycle of domestic and family violence.

Harmful attitudes about gender help to reinforce a set of behaviors and beliefs that underpins a culture that tolerates gender-based violence.

A few hours before my ride home from SFO, I had attended a community forum on preventing violence in Los Angeles, and coincidentally, it highlighted how important cultural norms are in the movement to prevent and end domestic violence. That day, men from the neighborhood gathered to discuss violence in their community and their role in perpetuating or preventing it. These men were clear-eyed about the challenges facing their community and passionate about finding solutions – they’re exactly the kind of leaders who can inspire change and help break the cycle of violence.

And yet, even among allies, the complicated role of culture was obvious. Many men expressed views of women as somehow set apart, as always in need of protection. They considered it their responsibility to protect women from other men. They appealed to each other’s masculinity, speaking of violence toward women as something “a real man” would never do. I didn’t – not for a moment – doubt their intentions, but even these ideas, ostensibly positive and so obviously coming from the right place, can help reinforce the idea that men and women are unequal, that our right to safety is somehow rightfully derived from our gender identity – that freedom from violence should depend on the compassion of men. The discussion was, all at once, frustratingly circular, insightful, and inspiring. No one expected to solve such a complex issue in a few short hours.

And yet, being in the room, difficult conversation really did feel like it was a meaningful first step. Confronting harmful aspects of our own culture can be painful, and it's not always linear. This group – made up of African American Muslim men – had to consider questions about gender within the context of structural racism, historical trauma, and their faith. It's complicated. Many men said that they had not previously had the opportunity to discuss issues like these with other men. The day felt undeniably productive. This was a tough conversation. We need many more like it.

The Road Ahead: Why I'm hopeful

We know that progress is possible, however steep the road ahead may seem. In recent years, we’ve watched aspects of our culture begin to change for the better. Revisit just about any male-centric Hollywood comedy from the 1980s to the early-2010s or so and you’ll see homophobia and gay panic on display as an easy punchline; a lot of popular media seems downright unacceptable in retrospect.

Or consider the #MeToo movement, which has been so effective in driving cultural change that it almost feels cliché to cite as a model for progress. Of course, harassment and sexual violence did not suddenly become wrong – these behaviors were dangerous, harmful, and unjust all along – but finally, at long last, our culture caught up and refused to accept them. There's reason to hope we can catch up in how we think about gender, too. We’re also seeing the very terms we use to define gender begin to shift to reflect the identities of trans, non-binary, and gender-nonconforming people – this adds the complexity of the issue, and it also highlights an opportunity to re-think outdated beliefs and ideas.

I got home safely from the airport that night, but I didn’t arrive at an understanding with my rideshare driver – but not for lack of trying. I tried to find common ground. He asked about statistics on domestic violence, so I shared what I knew off-hand and how he could learn more. He seemed stuck on the idea that gender equity was a zero-sum game: that for women to gain respect and dignity in our society, men must lose it. To me, that couldn’t be further from the truth. It was frustrating and awkward. But we were having the conversation – which just might be where we all need to start. 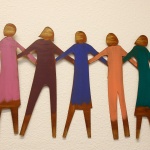 If you had just six words to describe your vision of the future of gender, what would they be? This is the question that opened... END_OF_DOCUMENT_TOKEN_TO_BE_REPLACED