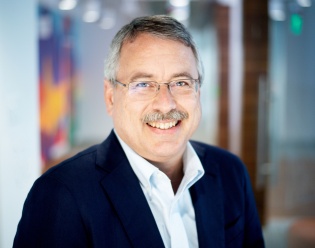 Richard Thomason (he/him) serves as director of policy at Blue Shield of California Foundation, where he leads the development of transformative initiatives that leverage public policy to achieve the Foundation’s mission. Richard joined the Foundation in 2009 as a program officer and has led the Foundation’s efforts to expand health coverage, improve access to care for vulnerable populations, and strengthen safety net healthcare systems. Prior to joining the Foundation, he was the policy director for SEIU - United Healthcare Workers West, where he was deeply involved in the full range of health care reform and health care system issues facing SEIU and its membership. Previously, he spent eight years as professional staff to the California Assembly in roles related to health and fiscal policy. In addition to his work in the California Legislature, Richard has also worked as a community relations representative for Kaiser Permanente and as legislative staff to U.S. Sen. Bill Bradley.

Richard has been a member of numerous boards and commissions, including the Alameda Alliance for Health Board of Governors, the California Health Care Coalition, the Berkeley Community Health Commission, and the Alameda County Public Health Advisory Commission.

Richard has a master’s degree in public affairs with a concentration in domestic policy from Princeton University and a Bachelor of Arts from Reed College.