2020 Census: The potential undercount of immigrant Americans affects us all 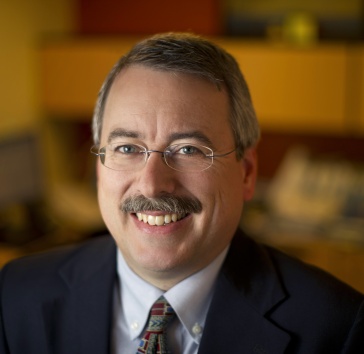 A fundamental principle of our democracy is that we are all equal; that we all count. That’s why the U.S. Census has always been so important. It’s critical data to inform how the federal government and the states match funding for programs to the needs of the people in different states and communities, as well as to determine equitable political representation. These high-stakes decisions must be based on complete and accurate data. The undercount has been a longstanding concern with each census, but the 2020 census is at particular risk of a very significant undercount due to the Department of Commerce’s controversial plan to add a citizenship question, which has not been included since 1950. The proposed question would ask respondents to check one of five categories to describe their citizenship status: 1) born in the U.S.; 2) born in a U.S. territory; 3) born abroad with at least one U.S. citizen parent; 4) a naturalized U.S. citizen; or 5) not a U.S. citizen, without allowing a distinction of whether a noncitizen is legally in the country.

There is widespread consensus that adding a citizenship question will suppress census response among low-income immigrant and minority-headed households, some of which include people who are not citizens. If there is an undercount of these residents, equitable access to a wide range of programs for which funding is allocated based on census-derived data is put at risk. More importantly, such an undercount will render many Californians “invisible” to policymakers who won’t see them in the census data. Without a full enumeration of all of our communities in their full diversity, we will lack the necessary understanding of who we are as Californians.

As a Foundation, we believe in the values of equity and dignity. And we believe that all people should be treated with respect and have access to services and opportunities that allow them to thrive. Our work helps build strong, safe, and vibrant communities in California where all people are heard and can make their contribution to realizing the California dream.

That’s why Blue Shield of California Foundation is proud to have supported the Sierra Health Foundation’s San Joaquin Valley Census Research Project and to have joined more than a dozen organizations to sign onto a friend of the court brief opposing the addition of a citizenship question on the 2020 census. The results of the Census Research Project show that while 84 percent of immigrants surveyed would complete a “simple” census without a citizenship question, the response rate would drop to 46 percent overall and 25 percent among undocumented immigrants if the citizenship question was added. In our state, where half of California children have an immigrant parent, the damage would be profound and long lasting. The regionwide undercount of Latino immigrants in the San Joaquin Valley alone could decrease the aggregate 2020 population count by about 188,000 persons, resulting in a fiscal impact of about $200 million per year and $2 billion over the next decade. And this is only accounting for the Latino undercount. A widespread undercount would cause great harm to communities throughout California.

As the most populous and one of the most diverse states in our nation, California is home to more than 10 million immigrants, more than any other state. This blending of cultures adds to the richness of our communities, contributes greatly to our economy, and is consistent with our culture of welcoming and supporting all those who would build up California – whether we’re from another state, like I am, or from another country.

As a Foundation, we believe in the values of equity and dignity. And we believe that all people should be treated with respect and have access to services and opportunities that allow them to thrive. Our work helps build strong, safe, and vibrant communities in California where all people are heard and can make their contribution to realizing the California dream.

Inclusion of a citizenship question on the 2020 census would strike at the heart of our ability to accurately assess, and take into account, the assets and needs of all Californians—a step that is essential for us to achieve our goal of making California the healthiest state.