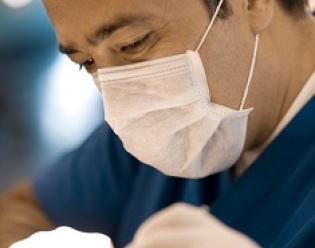 The federal Centers for Disease Control and Prevention estimates that each year one of every 20 patients will contract a healthcare-associated infection (HAI). HAIs contribute to more deaths each year than AIDS, Alzheimer's, or diabetes, and are the sixth leading cause of death in the United States. The costs in human suffering and healthcare dollars are enormous:

Seeing an opportunity to make significant improvements, the Foundation provided $1 million in grants in 2005 to support an innovative pilot project to determine if new technology could be used to identify and dramatically reduce HAIs. Working with 10 participating hospitals, the California Healthcare-Associated Infection Prevention Initiative (CHAIPI) was born.

To learn more about the CHAIPI pilot project and its outcomes, read the issue brief, Making Sure Hospitals Heal, Not Harm.

Encouraged by the success of the CHAIPI pilot, in February 2008, the Foundation committed an additional $3.5 million to expand the program to include 51 nonprofit hospitals across the state. All participating hospitals took part in an advanced learning collaborative staffed by infection prevention leaders from nationally recognized organizations such as the Institute for Healthcare Improvement (IHI), Association for Professional in Infection Control and Epidemiology (APIC), and California Institute for Health Systems Performance (CIHSP)

An early evaluation from a subset of ten participating hospitals produced the following results:

CHAIPI completed its work in April 2010. Summary reports will be posted here, upon publication.