Launched in 2010, the Strong Field Project was a four-year effort led by Blue Shield of California Foundation to strengthen the domestic violence field during a time in which statewide funding was waning and the needs of the field were increasingly complex.

Already the largest private funder of domestic violence agencies across the state, this unique project further reinforced the Foundation’s reputation as a bold leader, trusted partner, and an innovator in the movement to end domestic violence.

In partnership with CompassPoint Nonprofit Services, The California Partnership to End Domestic Violence, The Women's Foundation of California, and Jemmott Rollins Group, the project set out to build strong leadership, strong organizations, and strong networks. In the end, it did much more — it fundamentally changed the way that domestic violence advocates thought about themselves and their work, and shifted how the field historically operated. It bridged divides between people and organizations and illuminated new possibilities.

Today, the field is more connected - and more formidable than ever — thanks in large part to the Strong Field Project.

What emerged from four years of coming together to learn, share, and grow was a reduced sense of organizational isolation within the field. The project broke down barriers and provided a space for critical conversations that pushed the field to think bigger and think differently about how we address and prevent domestic violence. It also led advocates to take greater note of power & privilege within current structures, challenge existing norms, and stay open to non-traditional allies.

“The Strong Field Project was really a gift to give us the space to do something different, to pilot something new, and to create new tools for ourselves and come out at the other end looking different.”

As a result of the project, the domestic violence field is now more diverse and prepared for ongoing progress by leveraging strengths-based leadership models, engaging younger leaders of color, and bringing in new partners such as immigrant rights advocates and sexual assault coalitions. The Strong Field Project created a critical mass of likeminded leaders at an unlikely time, and allowed them to lift one another up while lifting the entire field in the process.

This video provides an overview of the Strong Field Project and shares thoughts and experiences of some particiapants.  END_OF_DOCUMENT_TOKEN_TO_BE_REPLACED

Nilda Valmores, executive director of My Sister's House in Sacramento, was a participant in the Strong Field Project's leadership development program. Learn more about Nilda's experience with the program and how it is affecting her work at My Sister's House. END_OF_DOCUMENT_TOKEN_TO_BE_REPLACED

The Legacy of the Strong Field Project - Final Evaluation Report

In this final report, we look at the legacy of the Strong Field Project at the individual, organizational, and field levels. Evaluation... END_OF_DOCUMENT_TOKEN_TO_BE_REPLACED 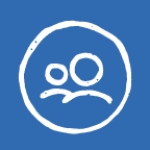