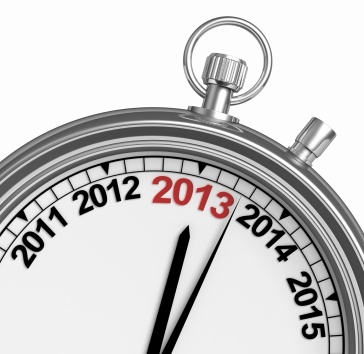 As we approach the holidays and the end of another year, many look to the year ahead and what it holds. For those of us in the health policy world, January 1, 2013 may pass like another blip on the radar. We already have our eyes on January 1, 2014 — the day that the Patient Protection and Affordable Care Act (ACA) fully becomes law. Amidst the political posturing in Washington, DC and state capitals across the country and the infinite maze of federal regulations and state legislation, the principal components of health reform remain clear. Three phases — which are overlapping and intertwined — will be critical to the successful implementation of the ACA: maximize enrollment, ensure access, and create greater value.

Between now and the end of 2015 the focus will be on maximizing enrollment in health insurance coverage as the first step to ensuring greater access to health care for individuals and families. These coverage expansions will take place through creation of federally- or state-run Health Benefit Exchanges, by which consumers can purchase coverage and expansion of Medicaid, the coverage program for low-income Americans. This expansion is important because studies have shown that individuals enrolled in Medicaid have better health outcomes than the uninsured, and the safety net providers will have new dedicated revenue streams. There has been considerable attention in the media about whether certain states will establish a state-based exchange or expand eligibility for Medicaid. Regardless of what a state decides, health foundations are primed to work with federal and state agencies to make major investments to maximize enrollment.

As insurance coverage is expanded to up to 30 million Americans, there are legitimate concerns about the ability of the existing health care system to provide sufficient access to primary care. It is increasingly clear that the traditional model of patients visiting physicians in an office setting will be inadequate as the foundation of a future healthcare system. Training additional health providers and developing new models of primary care will both be required. New models should allow health professionals to work to the full extent of their skill and license in order to deliver team-based care, use data and technology more effectively, and actively engage patients in managing their own health. Coverage alone does not equal access, and there is great opportunity to ensure that the coverage expansion of the ACA is coupled with system transformations that improve access.

There is also widespread recognition that the cost of the existing health system is unsustainable over time. The infusion of generous federal funding for families enrolled through Medicaid and Health Benefit Exchanges will alleviate some of cost pressures for families in the near-term. However, over time the health care system must demonstrate greater value for its large share of the GDP. While the value conversation has a longer time horizon, innovations are being developed and tested now. On the federal level, the Centers for Medicare and Medicaid Services Office of Innovation has launched the State Innovation Models initiative, which will award up to 25 states as much as $50 million each to help them identify multi-payer strategies to achieve better health outcomes, lower costs, and better care experiences.

As the post-election fog lifts and the rhetoric around the ACA subsides, there are myriad opportunities to reshape the American health care system for the foreseeable future. Foundations are uniquely positioned to rise above political posturing and promote progress on implementing the ACA — an action that will undoubtedly improve the lives of millions of Americans.

Peter V. Long, PhD, is president and CEO of Blue Shield of California Foundation, a health foundation established in 2002 to ensure access to quality, affordable care for all Californians, and to end domestic violence. Dr. Long has extensive experience in health policy, working on issues affecting underserved communities at the state, national, and global levels. Previously, he served in leadership roles at the Henry J. Kaiser Family Foundation and The California Endowment. He received his BA from Harvard University; an MA in health policy from The Johns Hopkins University School of Hygiene and Public Health; and his PhD in health services from the University of California, Los Angeles.

Under the Affordable Care Act (ACA), many Californians will have health insurance coverage for the first time. Given this... END_OF_DOCUMENT_TOKEN_TO_BE_REPLACED

After Millions of Californians Gain Health Coverage Under the Affordable Care Act, Who Will Remain Uninsured?

This report, prepared by the the UC Berkeley Center for Labor Research and Education and the UCLA Center for Health Policy Research, focuses on... END_OF_DOCUMENT_TOKEN_TO_BE_REPLACED