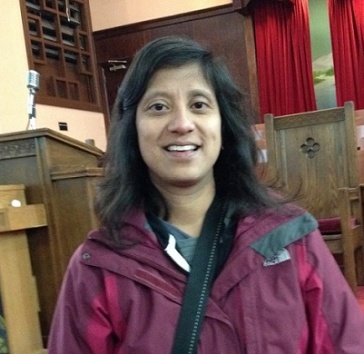 I love all things 60s — the music, the history, and the social movements that took off during that period of cultural transformation. Often, I wish I could have grown up in the 60s so that I could have experienced the JFK “Camelot Years,” the March on Washington, and the Summer of Love. I imagine it would have been exhilarating to be part of a generation of young idealists who saw a different future for America. Unfortunately, I am left to experience this era only as a student of history, so I take advantage of every opportunity I get.

Earlier this year, I traveled to Atlanta for a conference, and while I was there I decided to visit the Martin Luther King Jr. National Historic Site. As I walked around, reading the stories and looking at the pictures of the struggle for civil rights, I was surprised to see how young the people were who led the movement. I was awed by their courage and determination to create a more just and equal society — despite violence, set-backs, and strong opposition. That day at the museum was the highlight of my trip, and I carried the memory of it with me until last month, when I was asked to attend the 40th anniversary of Equal Rights Advocates.

I was honored to be invited by this organization — a national legal-services agency that expands and protects the rights of women and girls. I was even more excited when I learned that the keynote speaker was Anita Hill. At the event, she spoke about how the civil rights movement, and everything that was accomplished during that period of unrest, allowed her to get an education and become the figure she is today — a bastion of women’s rights and equality.

That night, and my visit to the MLK Jr. historic site, reminded me that as a women of color, I would never have been allowed to vote, marry my husband, who is of a different race, or become an attorney, without the hard work of that generation of young idealists who changed America in the 1960s.

This month marks the 50th anniversary of the Civil Rights Act, and I am humbled by the fearlessness, dedication, and vision of the leaders who made that legislation possible. What they accomplished is not only significant for me, it was also the impetus for the social systems — like community health centers and domestic violence shelters — that Blue Shield of California Foundation supports today. Through our grantees, I see that the fight for equality still exists. As long as we have populations that can’t access health care or live a life free from violence, they are the ones on the frontlines, working to achieve the America that the civil rights workers first imagined.

Compared to what those young people did in the 60s and what our grantees do every day, my job is easy. However, I remain incredibly proud to be part of a foundation that supports the new era of leaders in the fight for equality, and the ongoing legacy of the civil rights movement.