Expanding Our Strategy to Break the Cycle of Domestic Violence 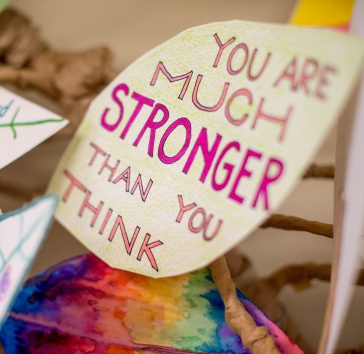 In 2018, California was shaken by the news about an eight-year-old boy, Gabriel Fernandez, who had been abused, tortured, and eventually killed by his mother and her boyfriend. It was a story of immense tragedy—the inconceivable loss of life of a young child, particularly at the hands of those responsible for caring for and loving him.

Looking deeper into this story, what surfaces is that Gabriel was not the first in his family to face trauma. Gabriel’s mother was born into a home with violence—her father cycled in and out of prison, her mother was physically abusive, and other family members subjected her to horrific sexual violence. As an adult, she faced domestic violence from numerous partners, including the boyfriend who ultimately had a hand in Gabriel’s death.

This cycle of violence that reverberates through generations and deepens family trauma is common throughout the US. According to data cited by the Centers for Disease Control and Prevention, at least one in four children have experienced, at some time in their lives, abuse or neglect, which, in turn, increases their risk of both experiencing and perpetuating violence as adults.

To break this cycle of violence, we must look beyond this shocking tragedy to reveal the drivers of such violence. What causes violence in the home?

Research from Prevention Institute has told us that rarely does domestic violence result from a single incident or moment of crisis. Instead, we know that domestic violence results from exposure to a complex constellation of risk factors—poverty, social marginalization, weak social support networks, lack of access to opportunity, gender and cultural norms that promote harming others, and much more.

When we apply a life course framework, we can also identify the specific risk factors—and their timing in a child’s development—that are strongly associated with later violence and whose impacts will continue to be felt decades later, in the lives of their children and their children’s children.

When we look beyond the terrible, shocking tragedy of Gabriel’s death, and look at the landscape of risk factors over time, it is clear that there are numerous opportunities to break the cycle of violence, not just for one individual or one family, but for entire communities.

Engaging Those Who Can Influence And Those Who Are Affected

The many drivers of domestic violence make it very clear that preventing the issue is not up to one sector, system, community, or person. Prevention of something as complex as domestic violence requires that we engage those most impacted by the issue, those closest to the issue, and those who have influence over the drivers of violence. It requires that we not only work to prevent harm by mitigating risk factors, but that we identify and bolster protective factors that will not only prevent violence, but also yield manifold individual and community benefits beyond violence prevention—healthy relationships, social connectedness, improved physical and mental health. In short, it is these protective factors that enable us to live our best lives.

The complication is that domestic violence is viewed as a private issue. It’s something that largely occurs “behind closed doors,” and therefore, it’s “not our place” to intervene as a community. Yet we know that domestic violence impacts our communities—it contributes to community violence, disrupts social connectedness, and hurts families. And it can take lives.

Since its inception, Blue Shield of California Foundation has been dedicated to ending domestic violence, committing more than $105 million over the past seventeen years to support a strong field of domestic violence organizations, which have blazed the trail of survivor-focused and culturally appropriate services.

Together, these two cohorts will provide valuable insights into how power, systems, community, and collaboration can come together to prevent violence in communities. The “within and beyond” approach allows us to learn about the levers and incentives for change across multiple systems, while unifying diverse efforts toward the shared goal of ending violence. Only through this collaborative approach can we hope to mobilize as communities and prevent the violence that occurs behind closed doors, where children like Gabriel, as well as many adults, face their greatest risks.