How a Census Undercount Could Affect the Health of Californians 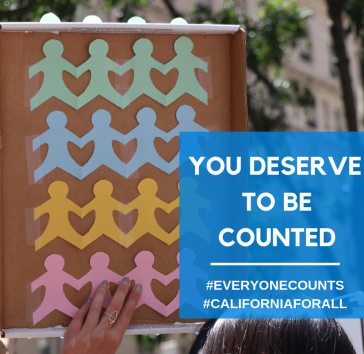 In tiny Planada, a hamlet just outside of Merced, the California Rural Legal Assistance held its first focus group with residents in June. They were renters, immigrants, bilingual and monolingual Spanish-speaking, representing some of the many hard-to-count populations in California and shedding light on fears by many immigrant residents about participating in the upcoming census.

It’s more than just fear that potential census changes are triggering. At stake are billions of dollars in aid to communities that support the health and wellbeing of residents.

To ensure a fair count in CA, the Foundation has committed $2.2 million in funding over two years to dozens of community-based organizations and foundations to support census outreach and education.

Throughout the summer, the Jakara Movement, a Fresno-based grassroots group, has been meeting with Sikh residents in the Central Valley to allay fears about responding to the census and stress the importance of being counted. Punjabi Sikhs have resided in the Central Valley for more than one hundred years and Punjabi is the third most spoken language there, but misinformation about the census is leading to calls for a boycott, says Deep Singh, the Jakara Movement’s executive director.

"While apprehension persists, many in the community are realizing that the cost of not participating is even higher,” Singh says.

A 2017 U.S. Department of Commerce report provides a snapshot of the importance of an accurate census count. In 2015, census data was used to funnel $675 billion to 132 programs such as Medicaid, or Medi-Cal as it’s known in California, transportation infrastructure, housing, health programs, school nutrition programs, and Pell Grants, the college aid program for low-income students. The data are used extensively for service planning and resource allocation by towns, cities, school districts, and businesses, among numerous others

The census takes place every 10 years, and “counts every person living in the United States and the five U.S. territories,” including non-citizens, according to the U.S. Census Bureau. The census is mandated by the U.S. Constitution and determines Congressional representation for each state and the distribution of funding for many federal programs. In 2017 and 2019, the U.S. General Accountability Office found that the 2020 Census was at high risk of failure due to operational and administrative weaknesses, ranging from cybersecurity issues to staff vacancies to not fixing issues found in census testing. In California, where, according to the state Department of Finance, the last census missed an estimated 1.5 million residents, the risk of an inaccurate count is even higher.

“We’re making this investment to build strong, safe, and vibrant communities where everyone is heard and can contribute to realizing the California dream, and having an accurate census is an essential foundation for our state."

The Public Policy Institute of California estimates that 72 percent of California’s population — or 29 million people — are considered hard to count due to a range of factors, from being parents with young children to renters. To ensure a fair count across the state, Blue Shield of California Foundation has committed $2.2 million in funding over two years to dozens of community-based organizations and foundations to support census outreach and education. “We’re making this investment to build strong, safe, and vibrant communities where everyone is heard and can contribute to realizing the California dream, and having an accurate census is an essential foundation for our state,” says Foundation policy director Richard Thomason.

Take central California, for example, where Blue Shield of California Foundation was an early funder of the Sierra Health Foundation’s San Joaquin Valley Census Research Project. This region, which includes eight counties, has 4.2 million people, the majority of whom are of Hispanic origin.

An estimated 1.17 million residents including Latinos in the Valley are considered hard to count for a number of reasons, from complex living arrangements to residents’ fear of consequences of responding to the census, says Ellen Braff-Guajardo, regional program director for Sierra Health Foundation. At risk is $200 million a year in federal funding for San Joaquin Valley programs ranging from healthcare and education to housing, according to a report by the San Joaquin Valley Census Research Project.

In the San Joaquin Valley, to learn more about the low-income population’s census concerns, a team of researchers spent last fall traveling to flea markets, laundromats, community celebrations, college campuses and community food distribution events to interview people in 31 communities. In total, the team, led by researcher Cindy Quezada, interviewed a total of 592 individuals: 418 Latino residents and 174 non-Latino residents from Cambodia, Laos and Vietnam as well as Japan and Africa.

The interviews, conducted through the Central Valley Immigrant Integration Collaborative, revealed a number of issues that posed barriers to an accurate count. Latino residents feared the “consequences of sharing personal information with the government” and were reluctant to participate, according to one report summarizing the findings of Quezada and her team.

Other challenges include getting a complete household count of those living at a residence, the research showed. When low-income individuals live in a property’s shed or garage, which is not all that uncommon in the San Joaquin Valley where affordable housing is limited, the person would not get a census invitation. Census forms are sent only to addresses registered with the Census Bureau. Additionally, Sierra Health’s Braff-Guajardo says, more than one family may be living under one roof, and families fear that their living arrangements may be discovered through census participation and lead to eviction.

In Madera County, for example, the Madera Coalition for Community Justice is working through non-profit housing developers, local code enforcement and other community partners to identify non-traditional housing arrangements to ensure that those residents are identified and are counted next year. 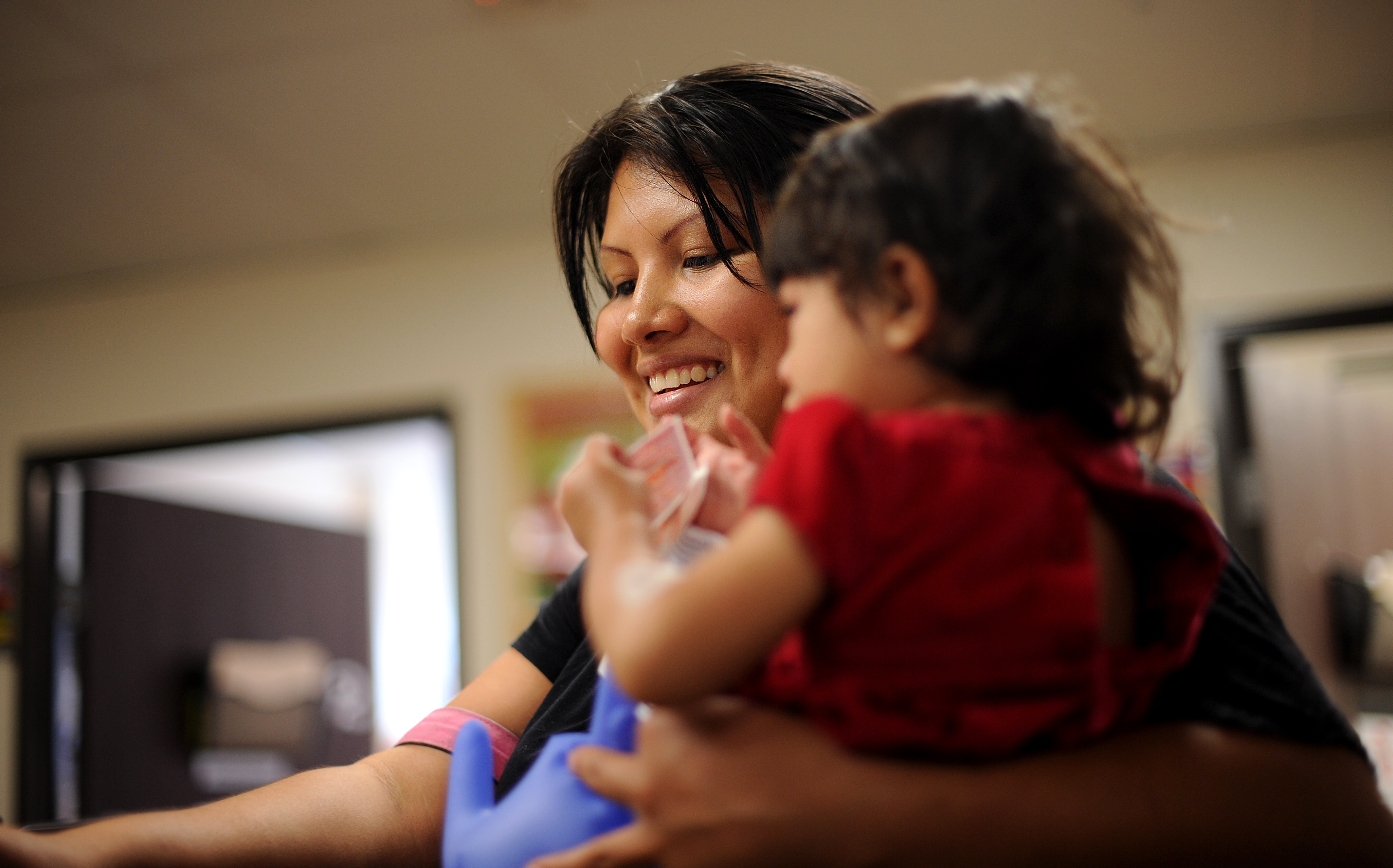 Hispanic residents also may not always count their children when asked about family members, Quezada says. In one interview at a laundromat, Quezada says, the woman did not list her two young daughters standing by her side or one child at home when asked about the members of her family. “I think she thought it was just adults or people who contribute to the household,” Quezada says.

The Census Bureau has acknowledged that a net of one million children under the age of five was not counted in the 2010 census. Latino children accounted for a “disproportionate share (more than 36 percent)” of the undercount, according to a 2016 report by Child Trends Hispanic Institute and National Association of Latino Elected and Appointed Officials Educational Foundation (NALEO). The report found that California and Texas had the most significant undercount of Hispanic children, followed by Florida, Arizona and New York.

Arturo Vargas, NALEO’S chief executive officer, noted that the 2010 census had a net undercount of 400,000 Hispanic children throughout the country. In California, more than three-quarters (79 percent) of the state’s net undercount of young Hispanics was concentrated in eight of its largest counties; 42 percent was in Los Angeles County alone, according to NALEO’s report, “The Invisible Ones: How Latino Children Are Left Out of Our Nation’s Census Count.”

This time around, Vargas says, Latino groups are taking a number of steps to reach the hard-to-count residents about the importance of participating in the census — and accounting for all children in the household.

For starters, Vargas says, they are enlisting teachers and healthcare providers. This month in Los Angeles, NALEO is co-hosting a census training session that will bring in 140 community partners and elected leaders from across the western U.S. including California, Alaska, Arizona, Hawaii, Oregon, Washington, Nevada and Idaho. The two-day conference will train those community stakeholders who are participating in their first census count as well as provide new approaches to conference participants who have worked on previous census counts.

Healthcare providers are also an important part of the outreach to encourage Latinos to respond to the census, Vargas says. He spoke recently at a pediatrics conference to educate physicians on the importance of the census and ask them to talk to patients’ parents about the census. “Doctors and nurses are particularly credible messengers,” Vargas says.