How the Public Charge Rule Affects All Californians 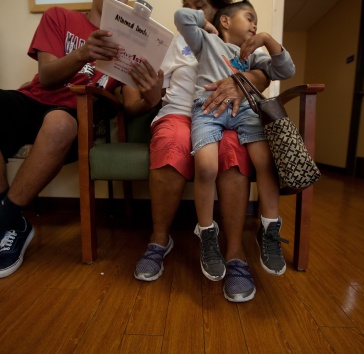 While the proposed rule hasn't gone into effect, immigrants and their relatives are already avoiding needed social service and health programs. They are reacting to a new federal rule that’s designed to change the types of immigrants that can successfully apply for legal permanent residency or to enter the country. The new rule assumes that age, education, family status, wealth, and the use of public services can be used to predict whether immigrants will become dependent on government services or become a “public charge” in the future.

“This story of avoiding care repeats in every community, Asian Health Services and our sister clinics are recording decreasing patient visits,” Hirota says. “There is a huge chilling effect on immigrants seeking out the basic health care they need."

Immigration has “an overall positive impact on the long-run economic growth in the U.S.” and notes that an immigrant may lack resources on arrival but generates both personal and shared wealth over time. This rule does not factor in the long-term self-sufficiency of immigrants and their families, according to a 2017 report by the National Academies of Sciences, Engineering and Medicine.

What the rule does do is sow confusion and fear in immigrant communities. The evidence is both documented and anecdotal at this point, and disturbing: some of the 28,000 patients of Asian Health Services are refusing to seek services outside of the organization, such as one client who doesn’t trust going to a specialized provider to treat cancer. In another case outside of the organization, a family in Orange County had a teen who didn’t seek psychiatric treatment, then tried to commit suicide, generating intense family trauma and a huge medical bill after going to the emergency room, Hirota notes.

A Far-Reaching Effect on Californians

Yet it’s not just a story about immigrants. The rule change threatens the health of all Californians, and the state’s economy, experts warn.

“The public charge rule really chips away at individual family and community resilience,” says Carolyn Wang Kong, chief program director, Blue Shield of California Foundation. “That makes it harder for us to achieve our mission to make California the healthiest state in the nation.”

The rule change involves a Department of Homeland Security (DHS) announcement in August of its expansion of the definition of who is considered to be a “public charge,” someone who is considered likely to become dependent on government services.Under the new rule, immigrants who use CalFresh, Medicaid, Medi-Cal for low-income residents, and several housing programs would now be considered public charges. The previous rule only applied to those receiving Social Security, certain cash assistance programs, and public assistance for long-term institutional care. The rule does not apply to refugees, asylum-seekers, survivors of domestic violence or family members who are citizens. Regardless, the rule has given a new sense of urgency to California communities, where, out of a sense of fear, families and individuals are avoiding needed services, even when it will not impact their status.

That ripple effect is likely to be widespread in California. One in four residents of the state are immigrants, according to the U.S. Census Bureau. Nearly eight in 10 noncitizens who originally entered the U.S. without legal-permanent-resident status have at least one characteristic that the DHS could weigh negatively in a public charge determination, according to research by the Kaiser Family Foundation.

The public charge rule really chips away at individual family and community resilience…That makes it harder for us to achieve our mission to make California the healthiest state in the nation.

The rule change could lead to losses of up to $1.67 billion in federal benefits a year for California, according to the UCLA Center. As many as 17,700 jobs could be lost, with more than half coming from the health care sector and food-related industries, the center said.

Half of California’s children have at least one immigrant parent according to the Public Policy Institute of California. These families are the most affected by the public charge rule, even when the children are citizens. A study by the US Immigration Policy Center found that, under the new rule, citizen children of immigrants will be 13% less likely receive free immunizations and 10% less likely to receive reduced and free school meals.

“Hunger’s impact on a child is both immediate and long-term,” says Richard Thomason, director of policy at the Blue Shield Foundation. “It can have a cumulative physical and mental health impact. In general, we're very concerned about how much trauma  the public charge rule will create in communities throughout California."

While there’s a prevailing sense that immigrants are under assault in today’s political climate, there’s a silver lining in amid the discouraging news. For one, the threat to California’s overall health has mobilized social organizations such as Asian Health and beyond. For its part, Blue Shield of California Foundation, whose mission focuses on building lasting and equitable solutions to make the state the healthiest in the nation—along with ending domestic violence—is working hard to spread the word and encourage education of those affected.

The organization has announced approval of $1.75 million in grants to 11 organizations to support an accurate census count next year and address emerging needs and long-term well-being strategies in immigrant communities. The public charge rule fallout fits squarely in those goals.

Asian Health, one of the recipients, is focusing on organizing events to mobilize communities, such as the Oct. 2 hearing at the federal courthouse in Oakland seeking an injunction to the rule. That hearing, with staff and volunteers from Asian Health and other organizations, was standing room only and had a line of 150 people out the door, Hirota notes. Asian Health is also working on a 50-page report it plans to distribute to Congress in Washington, Oct. 29, to build awareness and impact policymaking on Capitol Hill. The report will include articles from experienced health policy professionals from academia and private industry, reminding lawmakers of immigrants’ positive contributions to the economy and society.

While all the foundations helping immigrants have made progress in building awareness and helping clarify what the public charge rule means, individuals can help at the most basic level by counseling friends and family to who is affected and how, Kong notes. A fact sheet by Protecting Immigrant Families is a helpful resource. “Share the information with loved ones or friends that might have questions about it,” Kong says. “Get involved, we're all connected to people who are impacted by this, whether we realize it or not.”

On 10/28 in Sacramento, Blue Shield of California Foundation and Kaiser Family Foundation are hosting an event on health issues facing immigrant families. We'll be joined by California HHS Secretary Dr. Mark Ghaly and other policy experts on the front lines. Learn more: 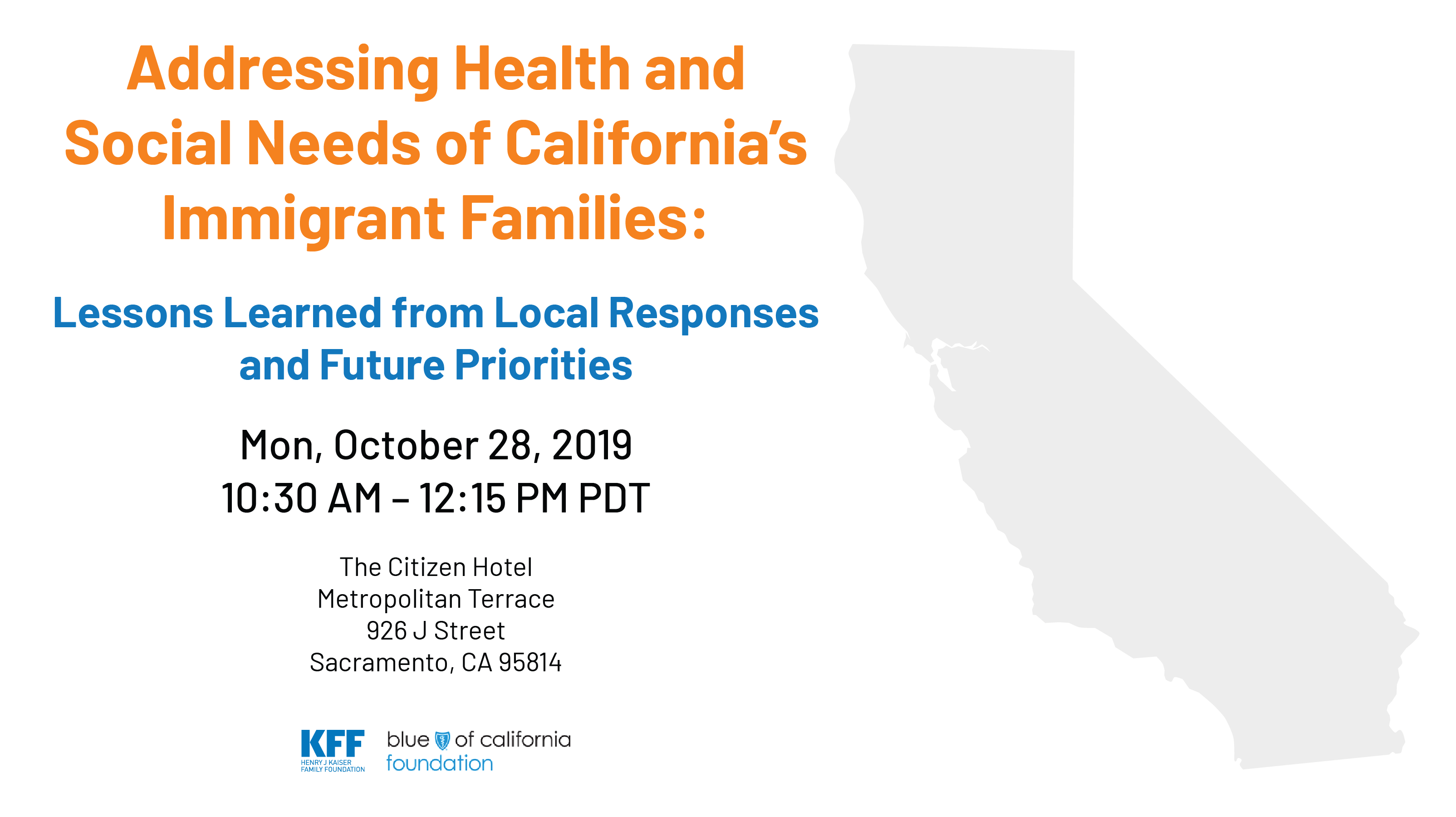