Making the Connection: What patient engagement means to me 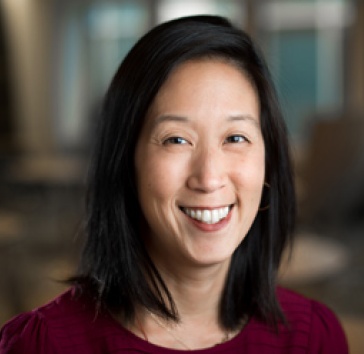 We’re living in a time of uncertainty. For those of us working to preserve and improve California’s healthcare safety net, keeping up with the shifting political climate can feel disorienting. Regardless of what comes to pass over the next months and years, however, continuing to engage patients in their care—particularly those who are most vulnerable—is more important than ever. Many Californians now face potential changes to their coverage and reduced access to consistent services and providers. So, how should we be connecting and communicating with patients during this particularly stressful time? What does true engagement look like in practice? What does it feel like for patients? And, most importantly, what impact does it make when we get it right?

I’ve had many opportunities—especially lately—to reflect on what “patient engagement” means for me personally. As a granddaughter of non-English speaking grandparents, I have often experienced what it feels like when we don’t get patient engagement right. Growing up, I commonly played the role of child interpreter, accompanying my grandparents on medical visits and helping to navigate situations that frequently risked my family’s health—situations in which we would never place a child of English-speaking patients.

Throughout many years of appointments and procedures, it became the norm for my grandparents to never truly feel engaged with the healthcare system. They were quickly and systematically pushed to the margins simply because their providers couldn’t communicate with them. One particular encounter became a pivotal experience in my life. I had recently graduated from college and returned to the Bay Area for the day to be with my grandmother, who needed to have outpatient surgery to remove a blood clot from behind her right eye. When we arrived at the hospital that day, my intention was not to be there as an interpreter, but to offer my comfort and support during what was meant to be a relatively standard procedure. However, sure enough, two minutes after they wheeled my grandmother into the operating room, a nurse came out to the waiting area and asked if someone could interpret, so in I went. It turned out that during the surgery my grandmother had to be awake, and the surgeon would need her to respond to a series of prompts and instructions: look left, look right, etc. I entered the room and saw my grandmother lying on the operating table, awake and incredibly scared. Multiple questions flooded my mind:

The surgeon had seen my grandmother two days earlier for a pre-op appointment and she didn’t speak English then; did he expect that to change today?

Had he not performed this surgery before and known that my grandmother would have to answer questions—in English?

He had no idea that I was going to be available to help interpret that day. What were they going to do had I not been there?

As a “heritage speaker”—someone who speaks colloquially, but was never formally educated in Chinese—my bilingual skills are poor at best. As I held my grandmothers hand in the operating room, just before the surgery was about to start, she yelled to me“They’re operating on the wrong eye!” After immediately alerting the surgical team, who then paused and consulted, it turned out they were in fact operating on the correct eye, but no one had informed me or my grandmother that they had anaesthetized the right side of her face, so the movement that she felt on the left side led her to believe that they were operating on the eye she still had control of. Feeling helpless, overwhelmed, and enraged, I sat through the rest of the surgery with her, interpreting what I could, as best I could. Afterward, I walked out of the operating room unable, in the moment, to name what had just happened as discrimination or injustice. What I did know is that I would never let another member of my family go through an experience like that again.

As soon as I was old enough to take control of my grandparents’ health care, I made sure that they were assigned to a medical home with a care team led by a provider who spoke Chinese and understood our culture. During the introductory appointment with my grandmother’s new doctor, I witnessed—for the very first time—my grandmother as an engaged patient. The provider connected with her, communicated with her in her own language, touched her hand—showed her respect. As a result, my grandmother shared more than I ever expected.  She explained symptoms and ailments she had never before mentioned to me or any of her past providers. She answered the doctor with more than a smile and a nod, she offered detailed information and—perhaps most shocking—even asked questions about her care and treatment. She finally felt empowered. After years of mistrust in the healthcare system, she now had the opportunity to develop and enjoy a strong patient-provider relationship.

I have seen what meaningful patient engagement looks like and what it does not. And I can tell you from first-hand experience—as well as from the robust body of research the Foundation has produced over the past five years—that when we engage our patients, it’s not just their health that improves. The moment I saw my grandmother interact with her new provider, I knew that her overall quality of life was about to change. What more could we want for those we love?