At Blue Shield of California Foundation, we believe that multiple systems are a part of the story of domestic violence, and therefore a part of its prevention. The Downtown Women’s Center in LA, a grantee, shared a story with us about a woman they worked with that affirmed this core belief. The story highlights how, with changes to the housing, child welfare, and other systems around us, we can actually prevent stories like this from being a reality that survivors live through.

Note: Martha is a pseudonym to protect this survivor’s identity.

Part 1: A roof over Martha’s head

Martha was a young mother in Los Angeles with three sons under the age of six. She experienced years of escalating violence from her husband–a reality she decided to confront by taking her kids and leaving home. This decision is a familiar one to many survivors of domestic violence—an impossible choice between enduring abuse and leaving without a place to go. “It’s like jumping from a burning building but there’s no net to catch you,” Nikki Brown, a survivor and advocate, told LAist as part of a series on homelessness and domestic violence that we supported through a grant.

Often, domestic violence includes some form of financial abuse: for example, restrictions on an individual’s ability to work, or control over access to money and credit. The top reason survivors stay in or return to abusive relationships is that they can’t afford to leave. Martha had a low-paying job, and therefore some financial resources of her own, but with three children, everything still felt precarious.

Martha initially tried to stay with relatives, then later at a shelter, but these options didn’t work out well for her and her sons. This is not an uncommon experience: living indefinitely with relatives, especially with children, can put undue strain on even the closest of relationships. Shelters are often oversubscribed and unable to serve everyone in need of their help—this is only more acute given the new demands that the pandemic has placed on the shelter system, such as social distancing, personal protective equipment, and the ability to respond if someone gets sick, to name a few. Our recent grant to the Women’s Foundation of California supports shelters statewide in their ability to respond to these demands. 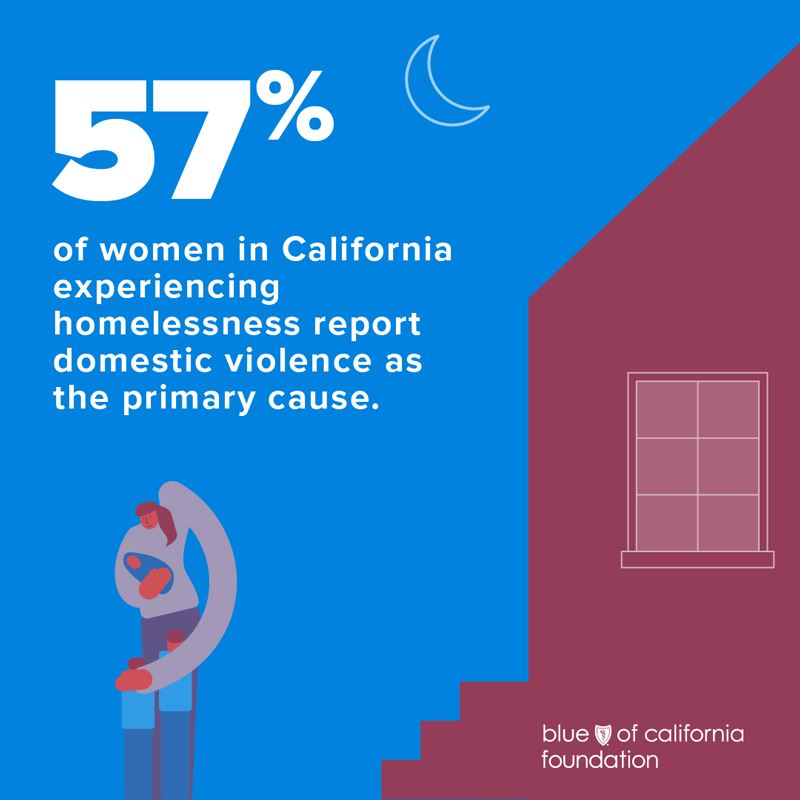 With few options left, Martha made the wrenching decision to live with her sons in her car. Though she knew it could be unsafe to live this way, Martha felt she had no other choice. Martha isn’t alone in this—a staggering 57% of women experiencing homelessness report domestic violence as the immediate cause. Having a safe place to live was ranked the most important factor contributing to overall feelings of safety: described as “very important” by 9 out of 10 survivors of domestic violence in California.

There are several new and promising solutions that have made housing more accessible to survivors of domestic violence. The Domestic Violence Housing First (DVHF) model is one of them—it was first developed in Washington State and is now operating in 65 sites across California.

The model has three main defining features: flexibility of funds; survivor-driven, trauma-informed care; and community engagement. Flexibility of funds means that funding assistance to survivors isn’t restricted to housing—it can be used for a variety of related needs like transportation, moving costs, child care costs, and legal fees. It places trust in the survivor to decide how the money should be spent to meet their unique needs. Trauma-informed care acknowledges the survivor’s trauma and centers them in the healing process; the DVHF model allows survivors to shape their own path forward in partnership with support agencies, instead of meeting predetermined or standardized goals that the agencies set. Lastly, the DVFH model engages a broad cross-section of community members to support a survivor together: this can include landlords, employers, school administrators and others to ensure that survivors feel part of a broader community, and less isolated in their healing. Not only is this beneficial for the survivor, but it also helps raise awareness in the community around the intersection of domestic violence and housing insecurity. 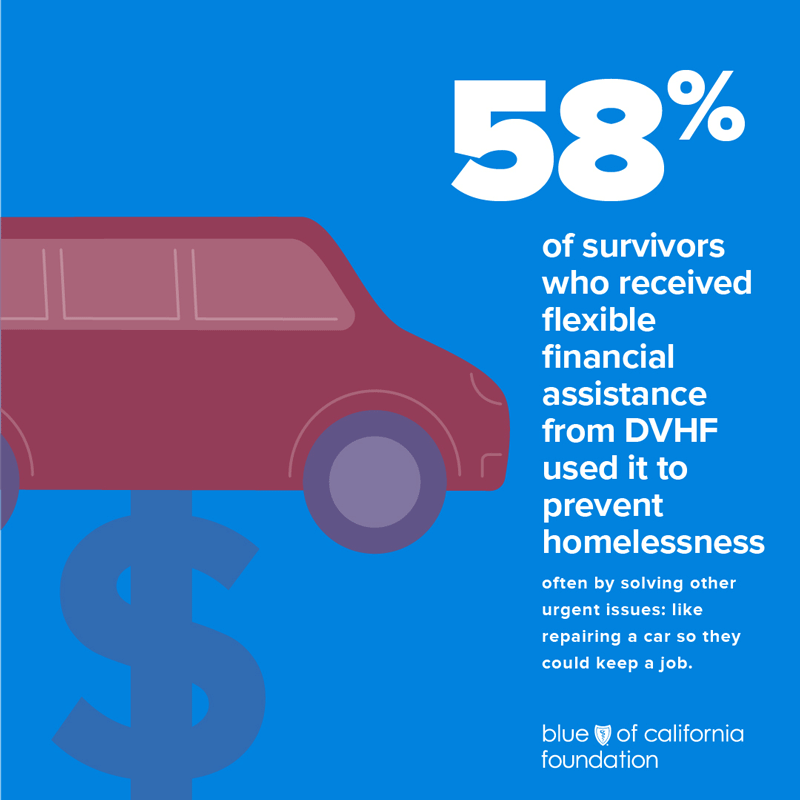 The DVHF model has been very successful so far. The availability of flexible funding allowed 58% of survivors in California who used it to remain housed, often by solving other urgent issues: like repairing a car so they could keep a job. This success affirms our belief that providing cash assistance to survivors is an effective way to break the cycle of domestic violence, and is why we continue to support both the DVFH model as well as organizations like FreeFrom, which provides unrestricted cash grants to survivors. As a survivor told FreeFrom, “I want [my representatives] to take a step back and put themselves in our shoes for a moment and trust that the best person to make decisions about how to allocate the money that is given is that specific individual.”

As programs like this expand, we hope fewer survivors face the impossible choices that Martha faced as she navigated where to live, and that forced her to live in her car. Next week, we will share the impact that these choices had on Martha’s children.