#MeToo Should Include Domestic Violence Too; Silence Allows Abuse to Continue 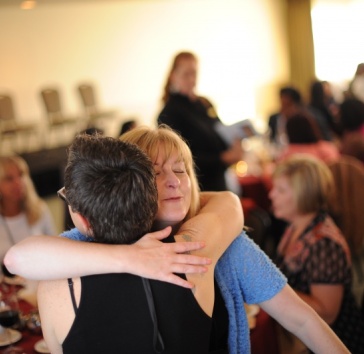 Recent public accusations against movie mogul Harvey Weinstein have spotlighted sexual harassment and abuse in Hollywood, and the massive publicity has encouraged women and men in all walks of life to speak up under the hashtag #MeToo.

We are thankful for the brave voices who have spoken out, and we must remember that gender-based violence is not just a concern in the workplace; violence in many forms is a dreadful daily reality for countless people—in their own homes. Workplace harassment and domestic violence are two sides of the same coin. Both involve an imbalance of power and are exacerbated by a fear of speaking up that can paralyze survivors and the people around them.

Blue Shield of California Foundation recently commissioned a survey that showed nearly 60 percent of Californians were personally touched by domestic violence either directly or through a close friend or relative. And while nearly all said they would want to act if they knew someone involved in domestic violence, 71 percent said they would not know the best way to help.

Neither domestic violence nor sexual harassment are about physical abuse alone. Abuse and harassment can involve verbal assaults; emotional, mental, or financial control; and even blackmail in the form of threats to take away children, immigration status, or careers.

The powerful #MeToo response in social media has demonstrated that speaking up is one of the most important steps to stopping the violence.

Ending the silence by talking to friends and family about sexual harassment, domestic violence, and even “locker room talk” helps make it clear that this is unacceptable. Actively listening to survivors and referring them to local support organizations are additional steps that can help.

Today, as Domestic Violence Awareness Month comes to a close, we must recognize that it’s not enough to talk about how violence affects our communities during October—or while it's in the headlines. For too many of our friends and neighbors, turning the calendar page on domestic violence isn’t an option. It’s our duty to keep the conversation going.

Let’s keep listening to the voices of the vulnerable so that, just like the women who came forward when they heard the terrible stories of women harassed by a Hollywood producer, they will feel supported enough to say #MeToo. Inspired by the courage of these individuals, we all need to take steps to end the cycle of domestic violence.