A Pathway to Prevention: How a life course perspective can help break the cycle of domestic violence 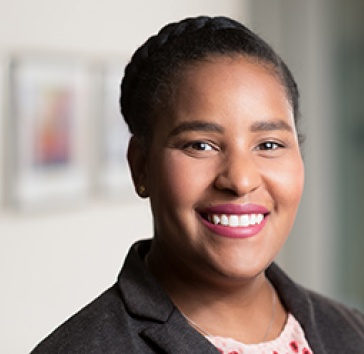 Recently, I was in Oakland’s Chinatown neighborhood when I heard a couple fighting across the street from me. As I looked on, the man lunged toward the woman and began to choke her while her young toddler watched the entire scene, clutching a small toy.

Instinctively, before I had time to process the possible consequences, I called out: “No! Stop! Don’t touch her!” The man released his hold, and I briefly thought the incident was over. But I had only succeeded in redirecting his anger; he immediately crossed the street — with the clear intention of putting me in my place.

As I tried to defuse the situation, he pushed his body against mine and unleashed a torrent of expletives. I should mind my own business. Who do I think I am to tell him what to do?

I grabbed my phone and pretended to call the police. Why didn’t I actually call? Here I was, being physically intimidated, accosted on a sidewalk in the middle of the day by a total stranger.

And yet, in spite of everything, I couldn’t help but feel some empathy for this man.

I kept thinking, what must have happened to him? Is he a survivor, just like his wife? Just like their son? Did this man also grow up in a home where he was exposed to violence? These things don’t excuse his actions — he should be held accountable for the harm he caused. But maybe there was more to this story than what unfolded on a single afternoon. What led him to this moment? And where would life lead him — and his wife and son — from here?

The man eventually left in his car, without his wife or son. I wondered if there would be far worse consequences for her later — that maybe I had only prevented harm from happening in that moment. Just as this incident may not have been their first experience with domestic violence, it likely wouldn’t be their last, either.

Earlier this year, the Foundation published Breaking the Cycle: A life course framework for preventing domestic violence. This report examines the complex factors that lead to perpetration of violence — and identifies evidence-based interventions that offer promising pathways for breaking the cycle of domestic and family violence.

If we can understand how different factors increase the likelihood of violence perpetration later in life, we can apply appropriate systems-level responses to prevent it from happening in the first place.

The report also explores the effects of punitive approaches to addressing domestic violence; engagement with the criminal justice system can sometimes be an aggravating factor in long-term outcomes for entire families — survivors and harm-doers alike. More importantly, as an Afro-Latina, I know that calling the police can sometimes be life-threatening — for the person asking for help and anyone else involved; especially if they are people of color. This isn’t often openly discussed, but it’s a reality that’s well understood as part of day-to-day life in many communities of color.

Luckily, in this instance, just threatening to call the police was enough to defuse the situation. Standing on the sidewalk after the man drove away, I thought about what would happen next. What would the future hold for this woman and her son?

Hope for the Future

I hope that she and her son found the help they needed. In California, we have a strong field of domestic violence service organizations ready to help families experiencing violence. I was glad that I was able to be an ally and speak up, and I hope that if I ever witness another incident like that, I’ll know what to do.

But more than that, I want to prevent domestic violence from happening in future generations. We know that exposure to parental violence is a key risk factor for future violence perpetration. When I think of that couple and their son, my greatest hope is that he grows up in a community that’s determined to find solutions to keep him from falling into the cycle that led to that afternoon in Chinatown.

The life course framework is an important first step for the Foundation as we work to address the root causes of domestic violence. The incident I experienced happened in public and was easy to see and identify. Though less visible, many more structural factors contribute to creating an environment that allows the cycle of violence to continue. Issues like housing instability, substance abuse, economic insecurity, barriers to education and opportunity, and harmful gender norms affect communities and families across California every day.

Creating lasting solutions to domestic and family violence will require us to build on our understanding of these complex challenges and how they intersect to help perpetuate the cycle of violence across generations. We’ll also need to invest in promising prevention approaches and pursue policy and culture changes that create new options and render violence unacceptable in our communities.

A future free from violence won’t be easy, but I know that together, we can make it a reality. And when I think of that family in Chinatown, and the millions of other Californians impacted by domestic and family violence, I have no doubt in my mind that it will be worth it.