Reconsidering Primary Care: A View from a Foundation President 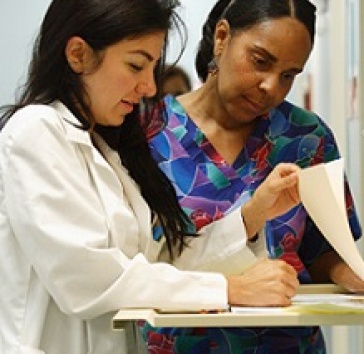 Since the passage of the Affordable Care Act , there has been a persistent, urgent call to produce more primary care physicians. With many provisions of the health reform law to be implemented less than a year from now, experts continue to worry about unsustainable doctor-patient ratios, as the ranks of primary care physicians accepting new patients dwindles and the insured patient population grows.

However, both the challenge and truth is that as a practical matter, it is not possible to fill the provider gap by 2014 even with broad support from philanthropy. In this time of rapid change, foundations’ dollars are needed for a range of short-term implementation activities and longer term system improvements. Training a new doctor can take up to eleven years of post-secondary education and we have only months to increase the system’s capacity. Instead of focusing on the number of providers, it is time we looked at our system of primary care from an entirely new perspective.

Blue Shield of California Foundation has invested in research about alternative primary care models to stimulate a different type of conversation about ensuring access to high-quality, affordable primary care. We have heard directly from our partners working in community health centers that they are actively seeking new solutions and approaches to primary care. We have also heard from low-income Californians who will receive coverage through Medi-Cal or California’s health insurance exchange that they are open to new service delivery models. Our goal in initiating this conversation around the redesign of primary care is to generate innovative models and concrete recommendations for safety net-providers in California and across the country.

Within the current system, it’s often difficult for low-income families and individuals to access health care, even when they’re eligible for coverage. Already, patients travel long distances to doctors, wait months for appointments, and use emergency rooms to receive basic services. With 16 million people newly eligible for Medicaid when health reform is fully implemented, we can expect low-income patients to face even more challenges, or go without needed care.

Based on what we’ve learned, we hope to have other funders join us to move the primary care discussion toward the testing and shaping of new models that reduce barriers to access, strengthen community health centers, and reward physicians for providing care for the underserved. We supported a paper by Rushika Fernandopulle of Iora Health who describes his experience implementing a unique model of primary care that relies on patient engagement, team-based care, and the primary care physician as the architect of the system. The model has been successfully piloted in two practices in Washington state and Atlantic City. The lessons learned provide funders and the rest of the health care system with a starting point for developing new models.

Effective implementation of this type of model will require a shift in power, major structural changes, and new payment methodologies. Though provocative in theory, these changes are less radical than they may seem. Market forces, advances in technology, and an aging population have already resulted in providers and practices that look very different from those in existence even a decade ago. Take, for instance, the fact that 73 percent of physicians in community health centers were using electronic health records as of 2011. Or that 2.2 million patients worldwide connected to their physician using at-home, remote monitoring devices in late 2011. With important delivery system advances already in motion, more fundamental shifts are possible with the support of philanthropy.

Foundations are well-positioned to support policy recommendations to foster the continued evolution of primary care. These policy changes would support the model developed by Fernandopulle and provide space for other promising models to take root.

There is no question that primary care should remain at the center of the U.S. health care system. Policy makers should reinforce its foundational role in health care as they facilitate its transformation to the needs and opportunities of the twenty-first century. An empowered primary care system, guided by a supportive policy framework, has the potential to reduce barriers to care, improve health outcomes, and potentially lower health care spending. By providing new information and perspectives, we hope to spur continued dialogue about the future of primary care. We hope you will join the conversation.

Patient empowerment and engagement are central to achieving more efficient care models and improved health outcomes. This survey tested some of... END_OF_DOCUMENT_TOKEN_TO_BE_REPLACED