Speaking Up, Not Standing By 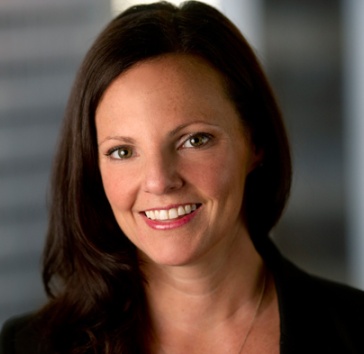 I live on a small side-street in the North Beach neighborhood of San Francisco. I suppose some might actually call it an alley. While it’s not a scary alley, it’s also not a charming alley full of bougainvillea and planter boxes like many others in San Francisco. Mine is home to the back entrance of an auto-repair shop, a laundromat, a hair salon, and a variety of San Franciscans like me who inhabit tiny apartments on our tiny street. It is also often home to one or two of the thousands of city residents who are experiencing homelessness.

Earlier this month, as I walked home from work, I noticed a woman sitting on the sidewalk across the street from my apartment. She was wearing a tan, puffy coat with the hood up, which I immediately noted as something out of place during a standard San Francisco Indian summer. Next to her was a large suitcase and a milk crate full of record albums. I figured she would be sleeping there for the night, so I looked her way to nod hello.

Then I heard him.

His angry eyes and dark pencil-thin beard were oddly contrasted with a bright red jacket with tropical flowers on it. I had no idea what to think or what to do. So I looked down at the pavement and tried to blend in with the wall next to me.  I didn’t want to get in the middle of whatever was happening between these two people. The moment I looked back up, he was staring directly at me with his hand in the shape of a pistol pointed at my face. I knew it wasn’t real and couldn’t hurt me…right? But it didn’t feel that way.

He cursed at me, and told me to stay away from this woman who continued to recoil beneath her jacket. I unlocked my front door, closed it behind me, and retreated into the safety of my apartment. As my heart rate gradually slowed and I recomposed myself, the event stayed ever-present in my mind. I wanted to move on with my evening and get past it, but I couldn’t. The experience reminded me that trauma does not easily dissipate, and that eliciting fear is a form of violence in and of itself.

A recent study shows that nine out of ten Californians would take some kind of action if they saw a friend being abused, but only a quarter would definitely call the police. The incident made me wonder what those numbers would be for a stranger? Half of the respondents said that concern for their personal safety would prevent them from acting. That was exactly what went through my mind as I was deciding what to do. If I called 911, would he direct his anger towards me? After all, he knew where I lived.

In the end, I decided to call the police. Was that the most helpful thing to do? Maybe not, but I wasn’t sure what else I could do. More than anything, I wanted to give her the chance to get help and find a safer situation.

After calling the police, I left the apartment and attempted to carry on with my night. While running errands I tried to forget about the incident, but as I made my way back, I was unsettled. And when I turned the corner into my alley, she was gone.

I opened the door to my apartment, but at least I knew that I was home and that I was safe. For so many women, that reality feels very far away. The woman on the sidewalk that evening, and thousands of others, experience violence every single day. It becomes a part of their life, and it stymies their ability to escape it.

I know there’s no easy solution to address and prevent domestic violence, and no perfect response for any bystander; but doing nothing changes nothing. I hope the small action I took that night was meaningful, and I hope it inspires others to do the same. We all have the ability to act. And we all have a voice.