The Strength to Rise and Remember the Fall 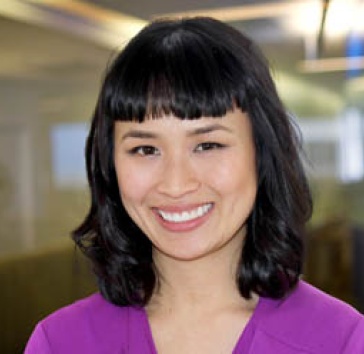 Today, April 30, marks the 40th anniversary of the fall of Saigon, also called “Black April.” The day marks the retreat of American troops and the surrender of South Vietnam to North Vietnam. (Phnom Penh, Cambodia fell 18 days earlier, Laos fell later that year). This led to one of the largest mass exoduses in modern history — cue images of parents desperately handing off their infants and toddlers to strangers on board the last helicopters and planes out of Saigon. Zoom out to the shores of Vietnam where, for decades, thousands of people had secretly launched boats and floated off into the open ocean to escape. Some were swallowed by that sea. Some were captured, raped, and killed by pirates. Some made it to safe refuge.

Why would anyone risk their lives and the lives of their children in this way?

My parents were among the boat people. My oldest sister was a few months old at the time of their escape from Vietnam. They left in 1980 when our town was already under communist surveillance and control. For months, my maternal grandfather and family began secretly building a boat in the jungles nearby. Armed communist guards patrolled the shores and each person risked their life to sneak onboard in the quiet of the night. The night they left, my mom hushed my sister and asked her to please stay quiet for just these moments, or else they would be discovered, jailed or shot. Thankfully, they made it on the boat safely — a boat that typically holds 20 had over a hundred people crammed into it that night. Our story is one of luck, because we were eventually rescued by the US Navy ship USS Wabash (AOR-5) and the kind servicemen on it.

My parents made the decision to leave for all the reasons I am here today: to have political freedom, opportunities to be empowered and educated, and to be part of a community that shares their hopes and dreams.

The effects of the war on Vietnam were devastating — as are the effects of any war, any act of oppression, and any moment of being silenced. In my role at the Foundation, I’m able to help lift the voices of survivors of domestic violence and support the organizations that enable them to escape to safety, and build a better life. I do this work for survivors, for my parents, and for a brighter future.

Today, I hope you’ll join me in remembering the fall of Saigon and honor the important history of every struggle.

Because our history is a key ingredient in how we move forward.

For more VN stories check out the film Last Days in Vietnam.