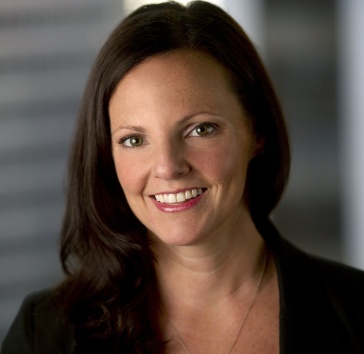 A bright yellow legal pad and black felt-tip pen set me off on my journey as an advocate. I was twelve years old and completely appalled by the planned installation of speed bumps on my street in Yakima, Washington. I had a better solution—sidewalks. So, I wrote a letter to the editor of my local newspaper, laying out my argument about how sidewalks would make pedestrians more visible, which would make cars slow down. Speed bumps, in my mind, would make snow removal difficult (wrong) and make teenagers want to drive faster to catch some air (right!). I didn’t win that battle, but I do remember the sense of empowerment I felt by speaking my mind on an issue I cared about.

I’ve since traded my yellow legal pad for a laptop and smartphone, and my concerns as a citizen have expanded beyond residential speed bumps, but that feeling of agency—of making an impact—surges back to me every time I step into a voting booth.

The right to vote did not come quickly or easily for many in our country. Less than 100 years ago, my grandmother was born into an America that denied women the right to vote. The first time my father cast a ballot 50 years ago, many racial minorities and non-English speakers were subjected to discrimination and intimidation in the form of literacy tests and poll taxes—plainly intended to keep them from the ballot box. The suffragists and civil rights advocates who worked tirelessly to make sure we all had fair and equal access to voting understood that voting was the most powerful way to ensure the voices of the marginalized were counted.

Today, that access is still in enormous jeopardy. In September 2018, the nonpartisan US Commission on Civil Rights found that in the five years since the US Supreme Court decided to strike down key provisions of the 1965 Voting Rights Act, 23 states have restricted voting by either closing polling places, cutting early voting, purging voter rolls or imposing new voter ID laws, which makes it more difficult for minorities and people with disabilities to vote.

In addition, the Department of Justice, which is responsible for challenging discriminatory state election laws, has only filed four cases in the last five years, as compared to the 61 cases filed by private groups. The Commission calls for action, “to address the aggressive efforts by state and local officials to limit the vote of minority citizens and the many new efforts to limit access to the ballot.”

When I think about the generations of struggle and the tremendous gains made to ensure the right to vote, I feel incredibly frustrated when it is curtailed or even taken for granted. In the 2016 presidential election, 75% of California’s 19.4 million voters turned out, which broke records, but we did not hear from the 5.5 million eligible voters who did not register, let alone vote.

My friends, family, and neighbors have given me many rationalizations for not voting—they don’t trust the government or they just don’t see how their voice will make a difference in so large a country, but the voices of 5.5 million would have certainly been heard and would have made a difference.

It can be tempting to “check out” and refuse to engage in a process that feels so far adrift from the democracy we revere in the United States, but it is essential that we not give up.

We live in a great nation, great for its people who struggle tirelessly against injustice, who put their faith and fate in the law, and who use civic participation to make this an ever greater nation. Voting is the linchpin to our democracy; it can only work when we make it work. We, as voters, have the responsibility to uphold our end of the deal so the process works, giving us leaders, judges, and laws that reflect who we are and what we value most. If we are to be a society “…of the people, by the people, for the people…,” we must cherish our right to vote and take the responsibility to cast a ballot this November 6.

I was raised to believe that if you don’t vote, you can’t complain. The world has gotten a lot more complicated since I first picked up that felt-tipped pen, but I think the basic premise still applies. Whatever issues matter most for you—from speed bumps in your neighborhood to the direction of policy at the highest level—speak up. Make your voice heard. Vote.