Changing journalism as a force of change

Journalism can inform and empower communities, can lead to policy and business changes, and can bring more voices into the discussion. It is a powerful tool in the public debates about health equity, economic justice, and domestic violence. Journalism is also a system unto itself. Supporting diversity in the newsroom, and of the topics and communities covered, is another important way to enable journalism to reach its potential and meet the moment.

In the May 2021 edition of our Intersections newsletter, we explored the connections between newsroom representation, racial and gender equity, belonging, and good health. In that issue, we sat down with journalists Jackie Botts and Manuela Tobias, who have spent the last two years working on the California Divide project by CalMatters, which the Foundation supports. They write stories of economic inequality and poverty in California and aim to hold leaders accountable for restoring the dream. Here is an extended version of our conversation. It has been lightly edited for clarity.

As journalists reporting on these issues, why do you feel it is so important to have this beat specifically here in California and the ability to spend so much time focusing on economic inequality?

Botts: Before the last year, covering economic inequality wasn't really on the radar of news organizations. I think that the last year has really changed that and we're seeing a lot of news organizations around California create equity initiatives and hire economic inequality reporters. It was sort of ‘about time,’ you know. We have one of the worst rates of economic inequality, one of the highest rates of poverty. The idea of thinking about what is happening in the world in terms of who is winning and who is losing was coming up on other people's beats, like environment and education, but there weren't reporters who were specifically looking at the world through that lens.

Tobias: I think it's really important because it has affected every part of California politics and life increasingly over the past few years and it needed to be paid attention to. Reporting in Fresno, [there are] very high rates of poverty and very high rates of inequality—particularly when it comes to food insecurity. For example, it's the county with the highest rates of food insecurity and some of the hardest places to even find a grocery store that carries fresh vegetables. And yet, it's the number one producer [of produce] in the country. So, it's more like every story that was happening in Fresno felt like a poverty and an inequality story. 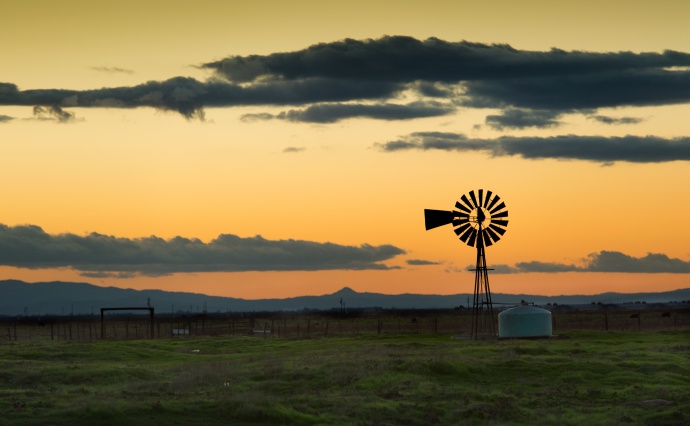 How do you think the pandemic impacted your reporting on the California Divide?

Botts: COVID-19 just showed a lot more people the truth about our economy, what a lot of people were already living. In California, we have a very socioeconomically and racially segregated society. For people whom the economy has benefitted, they didn’t necessarily have a view into the world of people who were making things run and delivering food to them and the degree of struggle to cover basic needs and stay healthy. The pandemic really turned all of that into life and death.

What have you tried to offer through this kind of in-depth reporting that a mainstream or national media organization would not have been able to regarding poverty and inequality?

Tobias: In terms of local versus national, Foster Farms was a huge story. They had a really big [COVID-19] outbreak in Livingston in Merced County and just through sourcing and covering that story consistently I was able to break that story, which became a national story. And then I was able to follow it consistently throughout the pandemic and keep in touch with local workers in Fresno and in Livingston, following how workers were being treated. It became important to keep following those stories because they really translated into life or death. There were hundreds of people who got sick at both the Fresno and the Livingston facilities, over a dozen people who died. So just staying on top of that story meant a lot in terms of ensuring that we were keeping an eye on what was happening and reporting on it because even workers were not getting that information through their employer or through their county at times. It’s funny, because a lot of the stories that actually make the most impact are very small stories and that’s how we build those sources and that’s who we then turn to when things really hit the fan. So, I think that’s the leg up that local news has. We’re able to just build those sources so that when something really big happens we’re able to stay with it, and I think that’s the same thing that happened with COVID-19 and with our inequality reporting.

What stories have you worked on that have been the most meaningful to you?

Tobias: After George Floyd was killed in June, every reporter started thinking a lot more about race in their reporting and I was really interested in this question of inequality at the neighborhood level. Fresno is one of the most segregated cities in California. For this story I looked at Southwest Fresno—which is the historically Black neighborhood and through redlining was basically the only place where Black residents were allowed to live—and just its historic neglect over the years. I learned through talking with residents, talking with local politicians, historians and looking at budget allocations too, how at a very local level inequality plays out. This one neighborhood has about 12 years less of life expectancy than the white neighborhood in the north part of town.

That story was important to me because it helped me make sense of what I saw in my daily life. It helped explain why things are just so unequal. I think we have a tendency to just say ‘it is what it is’ but this beat allowed me to dig deeper into why and ask what can we do to actually change this. We’re a long way away from actually getting that change done, but just having reporters ask those questions is really important.

What I found through that reporting too was that the residents of these communities knew all of this—none of this was new. But people who don’t live in these neighborhoods don’t know. So just raising that awareness meant a lot. That’s the power that we have. These communities that we often write about know a lot of what we’re reporting, because they live it. The importance is getting that awareness to a wider audience.

Botts: That story for me is also one I try to think back to because I thought that Manuela did such an amazing job on it. Covering economic inequality where you only go as far as saying “what does this look like today?” is really important. But if you just keep talking about the disparities and you don’t talk about why they are the way they are, we can sometimes reinforce stereotypes and myths about groups of people based on class and race. Actually doing the work to show why the disparities are the way they are, and the real people who live through these disparities and survive them, is the next level of reporting. It’s where we all need to get to.

For me, a very meaningful story was one where we wrote about COVID-19 outbreaks among migrant farmworkers who are brought to California, mostly from Mexico, on visas that allow them to work temporarily and to live, frequently, in quite crowded housing situations. There were a lot of agricultural employers that were doing the right thing. But to really show the inequality within a company, the way that the people who get rich off the company really take advantage of their labor force in ways that are deadly, was important. It was depressing. It was gratifying to be able to get that out to the public and see change happen at a local level. The County of Santa Barbara and the County of Ventura both created new local health ordinances that required much more reporting and required de-crowding of these living situations and working situations for these guest workers. And then the state went on to do something similar several months later. So, there was impact.

Are there any lessons from this experience that you think other journalists should know?

Botts: I think a tip I would share for other journalists who are trying to do more coverage through an economic or just an overall inequality lens is that no matter who you are, you have really significant blind spots in life and everyone brings those to their reporting. The job that you have is to try and talk to as many people as possible who can help you see what you can’t see. So, work every day to try and diversify your source base, talk to people who have different lived experiences relevant to what you’re writing about.

Tobias: Every current inequality has a history. Nothing is isolated, and most every story is an inequality story. I think it’s more of an industry thing to really reshape coverage to reflect the society that we live in. It is a very unequal society, and I think that every story needs to give that proper context and history.