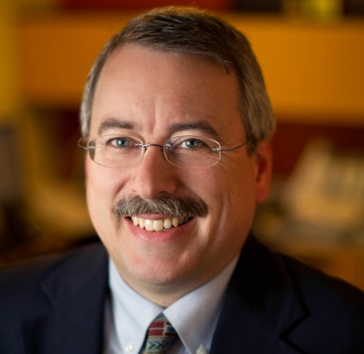 This winter, we lost three incredible allies in the fight to improve access to healthcare for all Americans. Each one of these leaders died too soon, leaving hearts empty and work unfinished.

In December, Lark Galloway-Gilliam, the founder and longtime executive director of Community Health Councils in Los Angeles, passed away at the age of 61. Lark was passionate and fearless in her efforts to improve the health and wellbeing of individuals across Californians, but especially the residents of South Los Angeles. She established Community Health Councils as a coalition-building and advocacy organization and it quickly became a leader in the fight to address environmental health issues, improve access to healthy foods, reduce healthcare disparities, and expand coverage options. Lark was not only an important ally for the field, but an admired friend and leader for all of us working to create a stronger healthcare safety net in Los Angeles and throughout the state.

In early February, health policy expert Peter Harbage passed away at the age of 43. Here at the Foundation, we had the good fortune of working with Peter as a consultant. He helped us to develop fresh ideas on how to more effectively and efficiently deliver care to those most in need, and provided invaluable insight for our ongoing work to improve care for low-income Californians. For over two decades, Peter was on the front lines of health system transformation, both at the federal and state levels. In his role as a senior health policy advisor to the 2008 presidential campaign of Senator John Edwards, Peter helped make comprehensive healthcare reform a national political priority, paving the way for the passage of the Affordable Care Act in 2010. Here in California, Peter was a great source of health policy advice and counsel for many foundations and stakeholders, and our collective work is better because of him.

Later in February, we learned of the passing of Andy Hyman at age 49. A colleague at the Robert Wood Johnson Foundation in New Jersey, Andy helped lead the Foundation’s healthcare grantmaking in his role as senior program officer. He was a tireless advocate for the principle that every person should have coverage and access to high quality care. After the passage of the Affordable Care Act, Andy had the drive and vision to bring foundations, advocates, academics, and government officials together to make the law’s implementation as impactful as possible. His support for consumer advocates across the country encouraged a number of states to expand Medicaid to all low-income residents. Whenever foundation staff gathered at national conferences to compare strategies on ACA implementation, Andy always had the most challenging questions, the best ideas, and the greatest enthusiasm for the work. We will miss him, and each of these friends who helped make our healthcare system more equitable and effective. Though they left us too soon, their lives truly made a difference.

A Roadmap to Coverage: Implementing a Childless Adult Medi-Cal Waiver in California

Prepared by Harbage Consulting for Blue Shield of California Foundation.

This summary report was born out of the 2007 convenings of the... END_OF_DOCUMENT_TOKEN_TO_BE_REPLACED